Stop here to hear exclusive interviews and obtain more insight into your favourite bands and artists.

We Are The Ocean - Interview 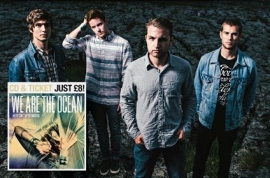 So I was lucky enough to catch up with Jack Spence from We Are The Ocean on their last UK tour date in Birmingham, just before they set off to Europe for the last part of their tour and here’s the interview below.
Read more...
Wednesday, 26 September 2012 14:20 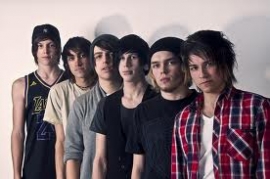 The first ever review I posted on the site was for a band called The City Calls, check out the review here if you haven’t seen it already http://www.wix.com/chloebevan/shoutitloudreviews/apps/blog/the-city-calls-a-spark-to-ignite .
Read more...
Friday, 23 March 2012 00:00

A couple of weeks ago I reviewed a band called ‘Riots’, who when describing themselves said, “(Riots) is not just a band, it’s a voice, the voice of a generation that is silenced and hushed by the money grabbing global markets and politicians that are only looking out for themselves. In an ever-growing society where the rich are getting richer and the poor poorer. As Riots we intend to get in your face, onto your streets, into your televisions, onto your radios and make some fucking noise!”
Read more...