Come here to see reviews on all the hottest bands and artists in the industry!

Accident Will Happen Featuring Go. Fly. Win, You Had Me At Hello, Piper Saint - The Garage, London

Published in Gig Round-up Written by Chloe Bevan
Tonight Alive played their first show of the year, and with a set like this they have started the year off well. Playing many fan favourites, it wasn't long before they had the crowd on their side. The band even played a new song called 'The Edge' that they have only just written while taking a break from touring.
Read more...
Friday, 28 February 2014 19:59

Published in Gig Round-up Written by Chloe Bevan
Twenty one pilots are once again back in London and London rejoices at this fact!
Read more...
Thursday, 23 January 2014 17:53 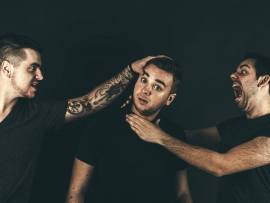