Kuko De Kobra - A Girl And Her Giraffe - Album - Review 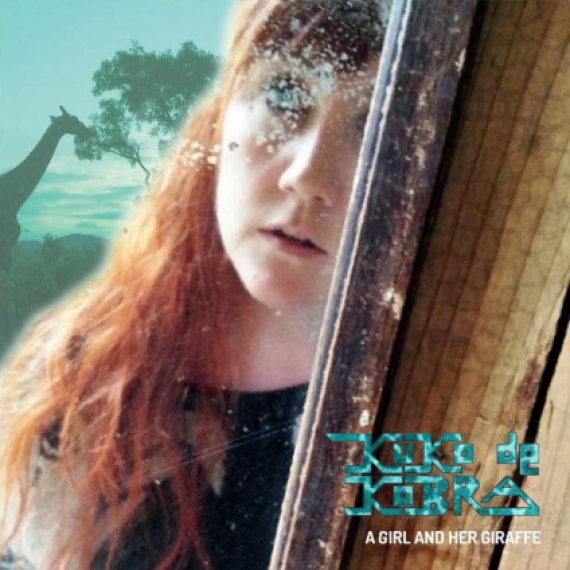 Another new day, another new band and record to introduce you too!

Kuko De Kobra are here with their new album ‘A Girl And Her Giraffe’ that is soon to be released on the 23rd February!

Their new album is the three year awaited follow up to their debut release ‘Naja Naja’ produced by Jacob ‘Volbeat’ Hansen.

The main song writer and bassist John Sharling describes the release as "a rock record with a strong pop sensibility". Sharling has never been afraid to admit that he likes pop - as long as it is served with "a healthy dose of guitar" and in this case the healthy dose of guitar comes from the duo Martin Jepsen Andersen (Blindstone, Meridian) and Thomas Christensen.

Martin Pagaard co – produced the bands previous release and with the new record he sat in both the producers and drumers chair.

Some of the tracks have already been released; "Fitzroy Road (Head In The Oven)" was released online on the 50th anniversary of Sylvia Plath's death. "Ocean Wide" was released in August 2014 as an alternative and artistic music video, shot entirely on the iPhone.

‘A Girl And Her Giraffe’ is a 14-track album that has a little something for everyone with the band using their rock roots, giving the album a strong rock sound that at times has a slight classic rock edge to it. Yet the band has also added pop guitar giving their songs a catchiness to them. Lets not for get this is a band that can write some pretty good lyrics and knows how to slip in a few ballads too for good measure. It you want an album that will never go out of style this is it!

Keep up with Kuko De Kobra via their Facebook .

Last modified on Wednesday, 04 February 2015 15:12
Read 1786 times
Published in News & Reviews
Tagged under
Tweet
More in this category: « Marcus Brown Will Soon Be Releasing His Debut Album 'All The Ghosts Are Gone' Klone Have Revealed Their First Track From Their New Album ‘Here Comes The Sun’ »