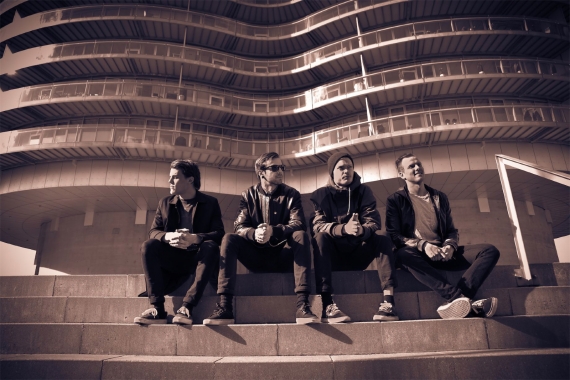 The band members have gained experience in popular local bands such as, As We Fight, Road To Manila, Sharped Like Swans and A Sheltering Sky.

The members of Ghost Iris have combined elements from metalcore and progressive metal in their sound.

See track listing for the debut album below that will be released on the 23rd February in Denmark and Europe through Prime Collective:

‘Anecdotes Of Science & Souls’ is a strong debut release form the band, bringing together elements of metalcore and progressive metal to create an aggressive and attention grabbing release filled with intricate guitar riffs and pounding drums. Mixed with the bands in your face scream vocals and power sound, clean vocal chorus that really gives this a full sound! The first three singles on the album ‘Dreamless State’, ‘Phalanx’ and ‘Everlasting Bliss’ have already been released online and have received positive reactions from their fans.

Last modified on Monday, 02 February 2015 15:07
Read 2153 times
Published in News & Reviews
Tagged under
Tweet
More in this category: « 48Hours Have Announced A London Show With Under The Influence Introducing Blood Youth »