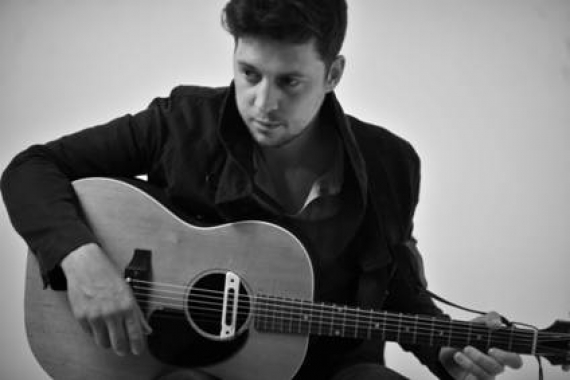 Singer, songwriter, Dave Fidler will be releasing his new single ‘Take over’ from his upcoming album ‘I’m Not Here’ on the 17th February 2015.

Dave Fidler is based in the North West Of England, yet has a sound that is deep rooted with country soul and the blues.

He has already toured with and supported the likes of John Bramwell (I Am Kloot), who describes Fidler as “absolutely brilliant”, Little Mammoths (Noah & the Whale), Simone Felice (Felice Brothers), Kathryn Williams and David Ford.

As well as being a song writing, he also runs a music school and charity teaching primary aged children to learn popular instruments and supporting children overseas to go through school education.

‘Taking Over’ was produced by Sam Jones (Alex Turner, Corinne Bailey Rae) and John Bramwell of I Am Kloot.

‘Take Over’ is a song that is heavily influenced by soul and blues that gives it a full sound with its dynamic guitar riffs and playing ability. Dave Fidler is not only a great song writer and musician but his vocals also enhance every bit of this song and make it into what it is! If you are partial to a guitar riff and a soul and blues sound this is for you!

You can watch Dave Fidler play his new single ‘Take over’ on ‘Ont' Sofa’ here .