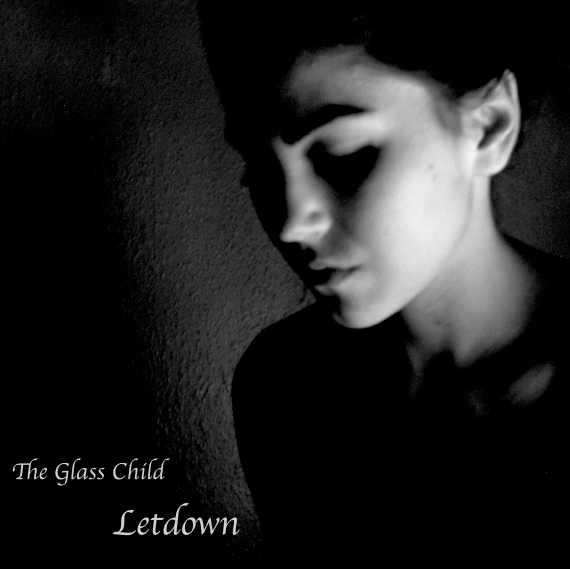 This week I have a brand new Artist and single for you that will be released tomorrow! How exciting!?!

The Glass Child (Charlotte Eriksson) a Swedish born singer who moved to London two years ago to pursue a career in music. Since then she has continues on an upward ladder, starting her own record label ‘Broken Glass Records’, which has released three critically acclaimed EP’s. The Glass Child has also had her single ‘I Will Lead You Home’ reaching number 2 on the Swedish ITunes – Chart and been named “Breakthrough Indie Artist of the Year” by Lemonade Magazine.

She has also had her music played on BBC Radio, toured the UK and US and now has over 16,000 twitter followers. Not bad going in that short space of time!

The Glass Child has a new single out tomorrow (5th November) called ‘Letdown’, which is a song you will definitely want to listen to! The single is from her full length album that will be coming out early next year.
I managed to catch up with Charlotte Eriksson (The Glass Child) herselfprior to  the single release to hear all about it.

How does the music scene compare from London to Sweden?

So much, you can’t even compare it. I guess Stockholm's got a pretty good live-scene, but in Gothenburg where I’m from, we have like one or two venues where smaller bands can play. And Sweden is such a small country so you can’t really gain fans by just playing live, which you actually can in the UK.

How did it feel to be awarded "Breakthrough Indie Artist of the Year” by Lemonade Magazine?

Amazing and so humbling. Especially since it was the result of fans voting, and to know that so many people even took the time to vote for little me, it’s just insane.

What brought you to London instead of another country to develop your career in music?

First I wanted to go to the states. That’s where I always wanted to play and tour and I still think that my music would reach out better over there. But it’s so hard to make that happen with VISA and money etc. It was so much easier for me to just pack a bag, take my guitar and take a plane to the UK. Honestly, it was just a struggle in the beginning, but the more I learn how to stand up for my own music, the more I'm starting to like the British music scene.

Where do you hope/realistically see yourself in 5/10 years’ time?

In 5/10 years I’ve built a life for myself where I can be me, and be completely okay with that. Maybe even proud of that. I’ve built a life that only consists of things and people that makes me happy and inspired and I’m spending every second of the day on creating different kinds of art. I have released a couple of full-lengths (hopefully one each year), I hope that I’ve achieved my dream of publishing a couple of books, and I'd like to get more involved with working with dancers and visual artists. And I’m living on a tour-bus, playing music for beautiful people every single day.

-Why should people listen to your music?

Because they can hopefully hear my whole heart and soul in every single word, and hopefully I can make a tiny little mess inside someone. I just want people to feel something when they hear my music. Leave something with them, even if it’s just a new thought, a story or a new feeling.

How would you describe the new single?

My new single Letdown is probably the most honest song I’ve ever written. Last year I went to New York to play my first shows in the states, and it was an amazing experience, but also the hardest thing I've ever done. Being a lonely girl and quite uncomfortable in myself by nature, going to a place like that where the industry can eat you up, you need to learn how to take rejections and bad opinions. Without anyone you can really trust and at the same time a lot of people counting on you, it's a lot of pressure. The first show was a show-case for 'industry people', a room full of strange people who only came to judge me. I remember playing the first song and I just thought to myself that I'm sitting here tearing my heart out for people who doesn't even care what I'm singing about, and I will never live up to their expectations anyway. My managers by that time were really disappointed in my performance and I was so disappointed in myself that I didn't know what to do. I felt like all these fans and people were counting on me and I would never be good enough. So I wrote this song and just poured my heart out, and this single is the result.

How did it feel to have your single 'I will Lead You Home' at no.2 on the Swedish Itunes chart?

I still don’t even know. I can’t believe I’ve had a single on the charts. I don’t know, it’s weird but so beautiful.

Have you got any plans for a UK tour?

I really really want to and my goal for so long has been to even make a small Europe tour and then get to the states and play. I get messages every single day from people telling me to go everywhere, and there’s nothing else I want to do. It’s just a matter of finding the possibility to do it, financially...

Are you excited for the release of your debut full length album at the beginning of next year?

I can’t even describe how long I’ve been working on this album and how much I’ve grown in the process. The whole thought of the album and the process of creating myself around my music has been like my teacher and mentor for over a year now. I’ve written and recorded probably over 50 songs and I’ve changed my mind about how I want this album to sound so many times. I finally have the whole album completely finished now, and I’m so proud of these final songs and productions. I’ve produced and recorded everything myself and I can’t wait to show it to the world.

Do you prefer the recording, writing process or performing?

I think I need all of them to get to express myself in all the ways that I need to. The writing process, which is very solitary and about self-fulfilment, is completely different from playing live when it’s all about reaching out to the audience. But I love every aspect of doing music, and even though it’s a battle a lot of the days, I wouldn’t want to have it any other way.

As for the song it’s a powerful and emotional song that many people would be able to relate too.

The single ‘Letdown’ comes out tomorrow (5th November).  Go to http://www.charlotteeriksson.com/ for all of The Glass Child links and keep checking on her pages for links to the single.