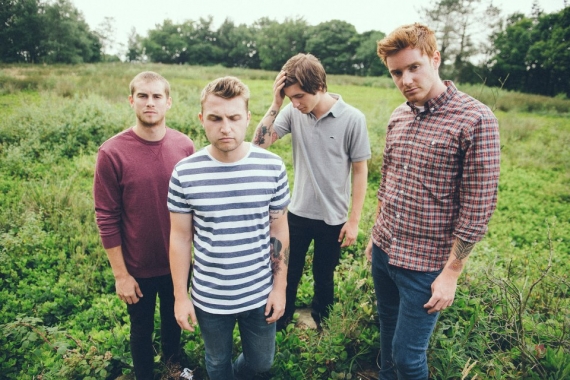 The UK has no end of great bands and tonight was no exception.

Newcastle lads, Boy Jump Ship opened the night up with their rock style that got a few heads bobbing. This was a solid set from the guys who are making quite a name for themselves.

Decade continued on with the great night of music with their punk rock sound; they were on to a winner, because who doesn’t like a little bit of a dance and sing along. Playing songs like ‘I Don’t Care’ and ‘British Weather’ Features on their debut album ‘Good Luck’.

But headliners tonight, We Are The Ocean really brought it and more! Despite being away for the past year writing and recording their new album, there crowd reaction was as if they had never been gone. They opened their set up with ‘Nothing Good Has Happened Yet’ a definite crowd favourite, they then continued to roll out a number of their older songs like ‘The Waiting Room’ and ‘Run Away’. As they explained they thought about what they should play tonight, new or old songs and they came to the decision that this was a night for the old, which pleased the fans to say the least.

However they still had time to slip in two new songs 'Sweet Little Lies' and 'ARK'.

At one point frontman Liam Cromby Stood alone on stage to sing an emotional rendition of 'Chin Up, Son' and as he stood there a member of the crowd gave him a melon..., I'll just leave you to think about that!

This was a set filled with heartfelt, sing your lungs out sing - a - longs, which made this already small gig even more intermit. When We Are The Ocean perform live they make you remember exactly why you fell in love with their music and that’s a great skill to have!