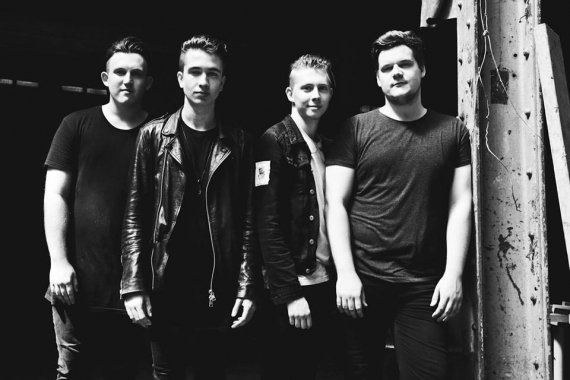 London has no end of great tours hitting’s its venues and this night was no different.

Amaryllis began to warm up the crowd and they do this nicely with their alternative rock sound. Despite it being their first show since June the band got straight back into the swing of things and are well liked by the crowd playing a number of songs from their EP ‘Revolt’ that's was released in May of this year. They finished off there set with the news that they will be on tour next February!

Headliners DEAD! Took no time to command the audience and let the crowd know exactly what they are all about! Going straight in with their theatrical rock style, they held the attention of the crowd whether they are jumping about at the front or bopping their heads at the back. This is a band that are showman and musicians at heart, especially the frontman who quite clearly lives every song and ever lyric of their songs, giving him at times a Gerard Way (My Chemical Romance) style and flare as he went about the stage, not a bad quality to have at all. The lads finished off the night with their single 'Phantom' that the crowd loved as the fans chanted one more song over and over again! DEAD! are quite literally tarring a space in the industry for themselves and with writing and performing talents like  they have and the ability to make their songs come alive on stage, you might as well join them because they win you over in the end anyway, so don't fight it! You'll only regret it if you do.