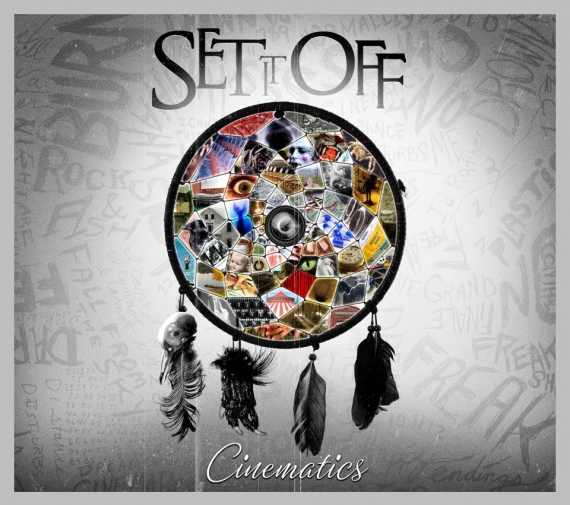 Four songs you should definitely check out on the album are (although you should check them all out!):

Swan Song is a great song as it has both hard hitting lyrics and melodies, they just grabs at your emotions instantly.

I’ll Sleep when I’m Dead is one of the heavier songs on the album, and if you are partial to a little bit of Orchestral Pop Rock then this is the song for you!

Dad’s Song it a truly beautiful song, that will melt your heart. It has a great piano melody that adds to the emotion. It’s a song that just continues to build and build.

If you are a fan of well written lyrics filled with passion and emotions, then this is the album for you! You can visit Set it Off’s YouTube page http://www.youtube.com/user/setitoffband?feature=watch  to see all the videos about the meaning of each song on the album.

‘Cinematics’ is on sale now. Do what you will with this information!