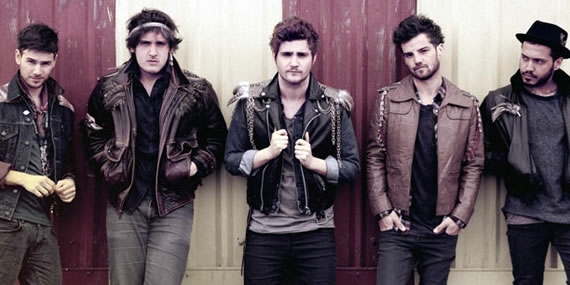 ‘In Gold Blood’ definitely has a slightly different sound to that of the other albums, not to say that this was a mistake as it stills work, but sadly it just seems like the album has something missing.

The best three songs on the album are ‘Diamond Days’, the single ‘Animals’ and ‘Fire’ as these all have great guitar riffs and lyrics that will get you singing along.

As for the rest of the album it sounds like there is more filler than killer.

If you are a fan of Kids in Glass Houses this is an album that you will still like and if you are not a fan this could be an album to get you to like them.

Overall I would give this album a 6/10, not because it’s a terrible album but because it does have some really great songs on it, but when comparing to their previously albums it just doesn’t match up.