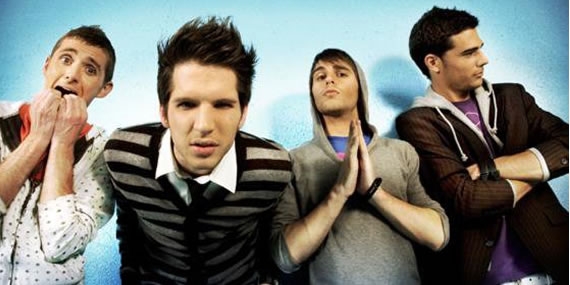 Mary has a Gun … so who are they? Mary has a Gun are a band from France who formed back in 2003. They have a strong fan base that continues to grow; with over 11,000 likes on Facebook, 1500 twitter follows and 40,000 friends on their blog site, it’s clear to see that this band is making waves within the music industry.

After the release of their debut album “PM” they went on a headlining tour called “AM to PM” along with doing some support slots for the likes of Four Year Strong and Madina Lake on their European tour.

However, Mary has a Gun have a new direction and new songs to target a British fan base.

The new single “Easy Way” has a great rock / alternative sound. The song starts with strong guitar riff and drum beat which gets even stronger as the chorus comes in. This is definitely a song you will want to listen to as it will get you moving instantly and leaves you wanting more.

The video is a great addition to the song, it captures the energy of the bands performance very well with the way in which it is filmed. The video also added humour to the song which makes it even more entertaining.

You can see Mary has a Gun has a great new single and video on their Facebook page http://www.facebook.com/maryhasagun .

This is a band that I believe will really shake up the UK music scene, so keep your eyes peeled for them.