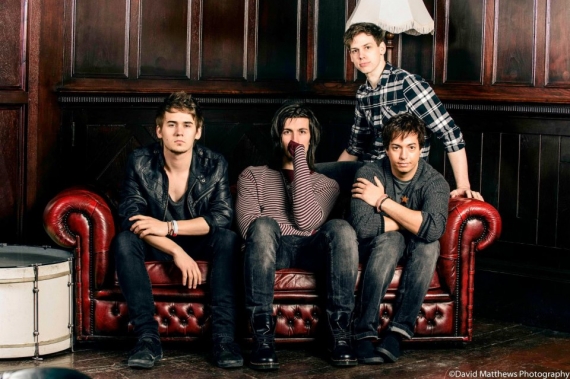 Bristol’s very own pop rockers Rumours unveil their debut EP very soon! The band that takes a lot of influence from the likes of Fall Out Boy and Artist Vs Poet will be releasing their debut EP ‘Letters From The Memory Box’ on Monday 3rd February.

Having only officially formed  earlier this year, Rumours have already sharpened their sound. With an already growing fan base due to touring the four piece consisting of Alex Mcmain (Vocals /Guitar), Dan Mur (Bass), Jamie Hadley (Drums) and Neil Oliver (Guitar) are set to stake claim in the UK.

This is a seven track EP:

‘Letters From The Memory Box’ is a fantastic EP for the band’s debut release with catchy sing along lyrics, to the guitar riffs you will have in your head all day. This is an all-round great EP and one to have in you music collection!

This is a truly exciting release and one that show cases that Rumours should be taken notice of!