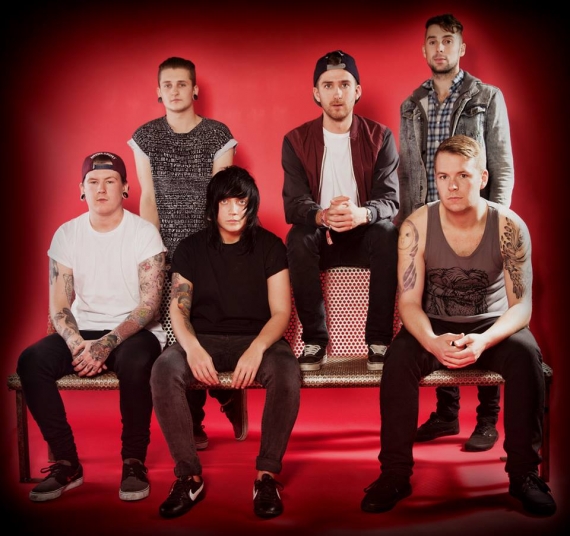 Having formed in 2011 in Blackpool, the band features Laura Russell (Scream vocals), Ant Jones (Clean vocals), Jamie Townsend (Guitar), Martin Worsnip (Guitar/Backing), Adam Roberts (Bass) and Danny Dawkins (Drums).
Soon after forming Dead Winter got to work of their debut record and while doing this they also played shows throughout the north and gained a lot of support in the process.

Now Dead Winter are set to release their debut EP ‘Erasing Glaciers’ in what will be a six track EP:
- Bribe For The Ferryman
- Snakebites & Streetfights
- Every Silver Lining has A Cloud
- Erasing Glaciers
- You’re Not The Only One
- Survival

‘Erasing Glaciers’ capture the raw energy of a live show so well, with the attention grabbing guitar riffs and the mix of clean and scream vocals work so well in this EP. If you are a fan of Bring Me The Horizon and Memphis May Fire this will probably be right up your street!  With a debut release like this, makes for an unstoppable force!

Three songs to check out:
- Snakebites &Streetfights
- Every Silver Lining has A Cloud
- Erasing Glaciers