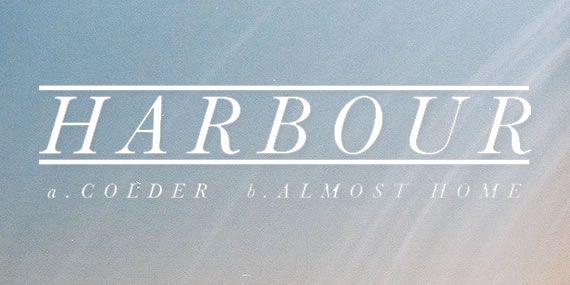 HARBOUR is an alternative pop/rock band from Cheltenham. So who is this band I hear you cry … well the band is made up of Chris Capewell, Mike Elliott, Charlie Pilsworth, Adam Goddard and Andy Oliveri who have all been playing together for some time now and really know how to write a song.

There new single “Colder” comes out on the 8th February with the B-side “Almost Home”. They were both recorded by James Bragg at Middle Farm Studios.

The main single Colder is about a conversation between a man and his 15 year old self. The song starts with just vocals and a guitar riff which really adds to the lyrics and vocals. As the song progresses different instruments are added until you have the hard hitting heavy chorus, which adds to the emotion of the song. To be honest it’s a song that you could play over and over again and never get tired of … and believe me I have and I still love it.

The B site track is another great song about the realization that there is no easy way to be successful at anything and that success comes with sacrifice. This song starts with just a piano and vocals which has a strong sound. The mixture of piano, drums and guitar that come later in the song make for a powerful sound.

Both of these songs have great melodies, vocal harmanys and a lot of raw emotion which will give you chills when listening to them.

I am sure we are going to hear lots more from this band as they write truly fantastic music and lyrics. These are two songs that you must listen to, so go and buy their new Single ‘Colder’ on the 8th February via www.themorningcollective.org and www.weareharbour.co.uk