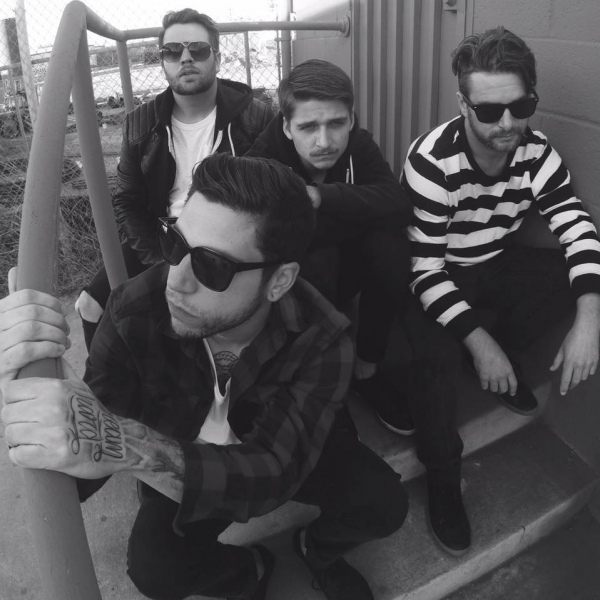 We caught up with Brandon Eisenbeis from Varsity Week to chat about their debut EP ‘If only You Knew’. See what they had to say below.

“Hey, Chloe. Great, thanks for asking! Just had a nice walk downtown and now we're hangin' with you!”

You have just released your debut EP, can you tell me a little bit about the release?

“Ya! The release has been crazy. It's awesome because this is our debut, ya know? Along with that, it's really been getting a lot of attention which none of us expected, so it's just been cool all around.”

“The EP is about four guys just going into the studio with a bunch of their friends and doing whatever. It was fresh, we had SO much fun, and we just made a record that we knew we'd love forever. Lyrically, we touch on the @$%#* we all go through. It's real and you can probably identify with every song if you're human. Who's never felt like an underdog, lost someone they've loved, been at the bottom, or climbed to the top?”

“We write a lot with our good buddy, Jarvis Anderson. He's a huge part of this record. Our dear friend Kenny Carkeet is always slayin' with us and so is our brother in Seattle, Casey Bates. We did this thing with Kenny and Jim Kaufman producing, and Alex Gozza engineering at Jim's studio in Venice. It was such a blast. It's real. If you hear an instrument, I promise you it's real and we played the part—by hand. We just felt so satisfied doing things like that. It made us better musicians, better people, and it was worth the extra time for sure.”

What is your favourite track from the EP and why?

“Oh, definitely "Against The Wall". It's always so fun to play, [the] crowd gets wild every time, and it just doesn't get old. It's also got super fun drum and bass rhythms, and the hooks are fire.”

What and who has influenced you as a band and as individuals?

“You know, we all love so many genres and eras, that our influences are literally all across the board. This record has references from Michael Jackson, Prince, and TLC, to The Cars and The Outfield, to The 1975, Haim and Paramore. It's just our thing.”

What does the rest of 2017 have in store for the band?

“Tons! We're playing all over LA and touring a bunch. Some cool surprises in that department this fall, and [we] also might have to drop another video for everyone pretty soon here. ;) Aside from that, the EP is getting some great radio love thanks to Kat Corbett over at KROQ and Tobi Panach at ALT 98.7. Those chicks are soooo so cool to us, and it's been spreading pretty quickly from there!”