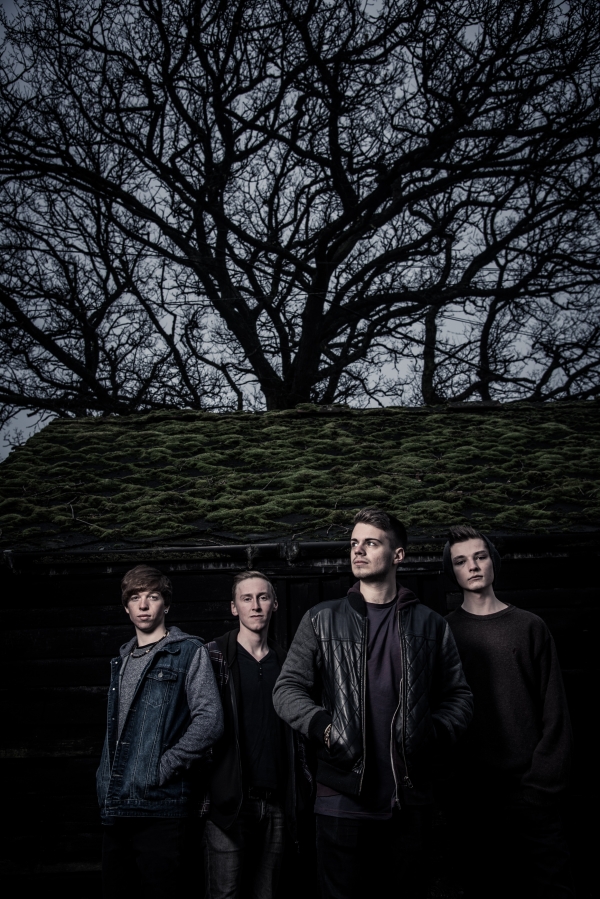 We caught up with Manchester based rockers, Tirade to chat about their up coming self-titled EP that will be released on the 25th November!

“All good over in the TIRADE camp (house we can’t afford)!”

You are set to release your self-titled EP, can you tell me a little bit about the release?

“It’s been a long time coming, but we’re really excited about this one! We definitely feel like this is our first release that properly showcases the ’TIRADE’ sound. This record contains seven tracks, which is a bit longer than your average EP, so I guess you could call it a mini-album? It’s out November 25th… So I guess you’ll have to wait and see!”

What and who has influenced your new EP?

“Aside from the direct influences we tend to mention like Press To Meco, Lower Than Atlantis and Don Broco, we’re individually influenced by a whole load of stuff that makes it’s way into our music. You’ll definitely hear in the difference between the heavier and lighter sides of the E.P. We’ve dipped our toes in the water, so to speak, with songs like ’Travel Agent for Guilt Trips’ where you can hear an obvious Hardcore influence in the instrumentation, whilst the overall song remains pretty poppy.”

What is your favourite track on the EP and why?

“We all have our favourites, but if we had to choose, our newest single ‘We’re Having Fun’ would take the cake because it’s a blast to play live. It also wasn’t intended to be a single when we wrote it, so there wasn’t much pressure on us to “Get it right”. We took our time, experimented a bit and ended up loving the result. It isn’t your conventional single but we think it sums up what we’re about in three minutes and two seconds.”

“I guess you could say the underlying theme of the EP is about our experiences over the last year or so with negative people and situations that frustrate us/amuse us. Whilst some lyrically are more personal to Jake, the whole record is relevant to us as a group. We’ve had a lot of naysayers and bitter people come and go along the way, but rather than let that stop us, we’ve took a step back and used this to gimme FUEL gimme FIRE gimme that which I desire. OOH!”

“We’re actually quite structured in the way we write, it does vary sometimes but we tend to start from rough demos from Josh or Alex. This usually then gets sent to the other guys online where we can start to have our individual input and decide what kind of vibe we want to create; from there, we take it to a the rehearsal space and flesh it out.

“At this point Ste gets the opportunity to develop the drum parts from the rough demo. Once that’s done and the structure is finalised we record a full demo for Jake to start thinking of lyrics and melodic ideas - we think this is one of the most important parts of the writing process as the demo lets us hear the song from a different perspective, which is really helpful when you go into the studio, because you’ve always got the pre-recorded version for reference.

“We did this record at The Ranch Production House in Southampton with Neil Kennedy and Daly George, who’ve been behind some of our favourite releases. Having the whole EP in demo form really sped up the recording process and left more room for creative input from Neil and Daly to help add the extra nuances that make this record special; some of which turned out to be some of our favourite parts of the E.P. The studio itself is residential, so staying there for a whole week really kept us in the zone.”

“None of us can actually play instruments or sing; all of these songs are stolen from another band that we ‘disposed of’ in the Peak District.”

“We’ve got a release show planned for the 27th of November at AATMA in Manchester with some sick bands supporting us, really looking forward to it, and depending on when this goes out, we have just/are going to be supporting Press To Meco on the 22nd of October which we are bloody buzzing for!

“Aside from that we’re doing some smaller shows here and there, but mostly writing new material ready for the new year where hopefully a few tours will be on the cards.”