Strung Out Featuring Versus The World - 6th July - The Underworld, London 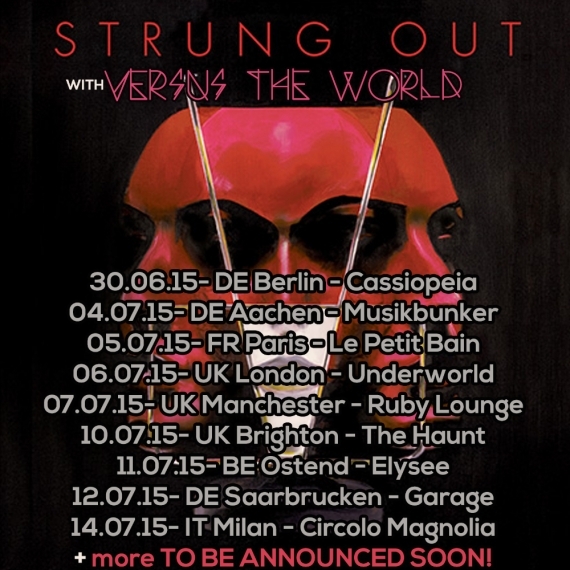 On another very sunny and hot day in London (yes, we are struggling with that concept as well) there is quite the punk bill on at the Camden Underworld!

Vinilla Pod hit the stage first and their set went down well with the fans tonight.

Next up to was Versus The World Santa Barbara, CA very own punk rock band. They had a raw and passion fuelled set from the very first note until the last. Featuring songs 'Black Ocean', 'She Sang The Blues' and 'The Kids Are Fucked', just to name a few.

This was an excellent set from Versus The World filled with a high energy approach that saw vocalist Donald Spence, in the crowd a number of times along with other members during the last song. Versus The World brought their performance tonight with some flare and personality!

Strung out only had to play the note of the first song and their was a raw from the crowd as they begin to dance around. This was an energetic set from the band with the fast paced sound filled with sing along’s and guitar solos! This was a set enjoyed by many of their fans, as the band played a long set of fan favourite tracks.