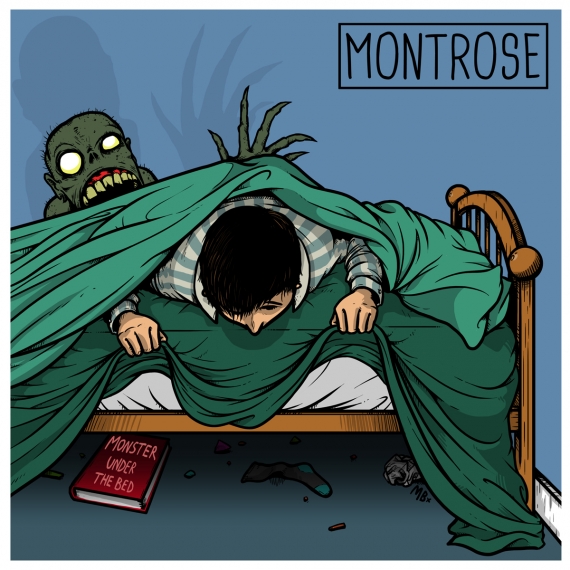 Montrose are about to release their new EP!

The south - west quartet, Montrose has will be releasing their new EP ‘Monster Under The Bed’ on the 15th June!

“We want to make sure we don't get lost in the crowd,” says Jason Bishop, vocalist of Bath based quartet Montrose, of the musical gearshift taken on new E.P, ‘Monster Under The Bed’; “Our sound on the new release has definitely evolved; we've beefed it up and made it a bit more gritty. We don't want to just be another pop punk band; as much as we all love the genre and it's current resurgence, we wanted to make ourselves stand out.”

-Fit For A King

‘Monster Under The Bed’ has brought together elements of alternative rock and pop punk to make any EP with a fast-paced, energetic, raw and infectious sounding EP that is so ready to go along with the festival season.

The EP opens up with the band's new single ‘Underperformer’ that makes for a promising start for the EP and it continues on to create a cracking release until the end.

This is an EP you are going to want to learn the words to, because who doesn't want to have a sing - along and danced to a great EP!

You can watch the video single ‘Underperformer’ here .