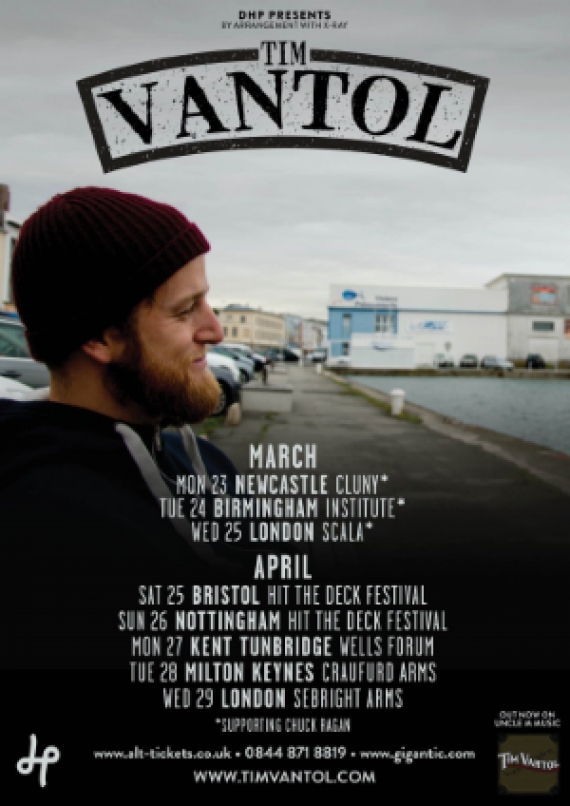 Tonight London held host to Tim Vantol’s last gig on his headlining tour and what a great lineup it is!

Opening up the night is Katie Malco, a singer based in London. Only armed with her electric guitar and her voice, Katie had a great set. With her stripped back songs mixed with her great songwriting ability and brilliant voice, makes for a spellbinding set.

Acoustic singer-songwriter, Rob Lynch took to the stage next in what would be a great set, featuring such songs as ‘Whiskey’, a song about him spending a night drinking with his father.

He also played two new songs, one, which he never played live before, and ‘Tectonic Plates’ which has only recently been written.

Despite only being him and his guitar, this is a solid and energetic set filled with sing-alongs, to the likes of ‘Hawking’ and ‘My Friends And I’, which he finished the night on.

Netherlands-based singer, Tim Vantol took to the stage, this time with a full band, really bringing this venue to life!

Tim Vantol got straight to it with his energetic, fast-paced set, that really captured the emotion on his record ‘If We Go Down, We Will Go Together’. The set featured songs like  ‘Apologies I Have Some’, ‘Dirty Boots’ and ‘Hands Full Of Dust’. The band also slipped in a few covers for good measure.

This is a dynamic and fun set from the band, featuring songs with a full band, songs with just the bassist and Tim and Tim on his own.

The gig tonight just showed off how great musicians, Tim and his fellow band mates are, but also just how great Tim Vantol’s raspy vocals are live.

He finished off with a sing along to ‘If We Go Down, We Will Go Together’ which was a great way to end the night.