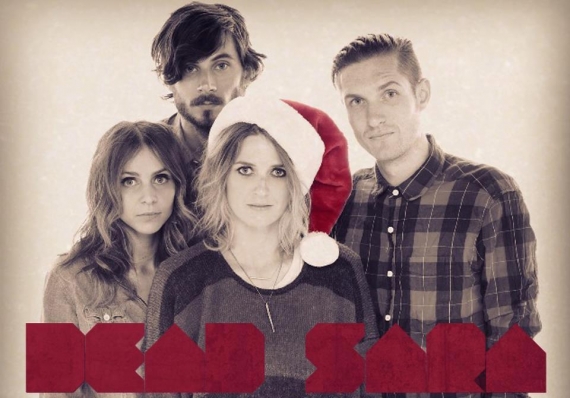 So a while back I reviewed a band called Dead Sara on tour with the Scottish band that is Twin Atlantic (see here for the review!  http://www.shoutitloudreviews.com/index.php/live-concerts/item/64-twin-atlantic-8th-november-shepherds-bush-empire-london )

I caught up with the band after the tour to see how it went.

- How was it on your first UK tour?

“It was great, in a way it felt like starting over because we've had little to no exposure over there and we just wanted to get in front of people and show them what we could do.  Getting to see new countryside and new cities was also amazing, getting to walk around a city like Edinburgh with it's churches and castles was incredible...”

“Twin Atlantic are the nicest dudes in the world... We struck up a friendship on warped tour and it was great to get to see them again and play shows.  Pretty much every club / venue on the tour was sold out so you can't ask for a better introduction and we are thankful for them having us over on their home turf.”

- As a band you are very energetic and very crowd involved, is this something as a band you pride yourself upon?

“I think we do but I don't think it's something we think about too much, we start playing and we feel what we feel and what happens live it what happens.  Music is supposed to make you feel something and the energy and all that is just part of that feeling we all get when the songs and the shows feel good.”

- Do you prefer the writing and recording process or the touring and playing live shows?

“They are both different experiences... I think they both have their pros and cons... There's nothing like playing a great show and experiencing that with a crowd and your band mates and there’s also nothing like writing a song or a part and stepping back from it and feeling proud of what you just created.”

- Why should people listen to your band?

“CaUz3 wE r kEwL.... I don't know how to answer this... I guess I would say people should just listen to it and decide for themselves.”

- Can the UK fans expect you back anytime soon?

“We hope so!  There are definitely talks of how and when we are going to go back to the UK.”