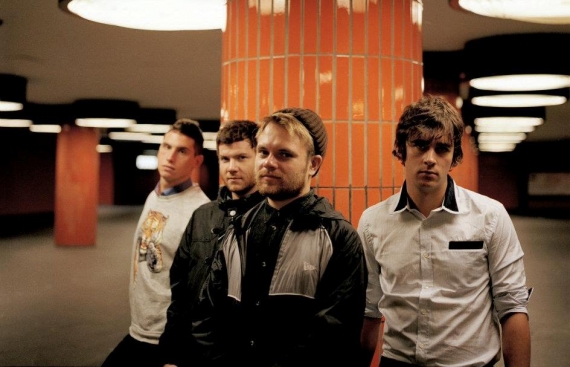 Round two of Enter Shikari’s two dates at the Roundhouse and it looks like the fans are in for a good one!

ENGINE-EARZ EXPERIMENT had a great set with their dubstep sound that got the party going straight away!

However, Cancer Bat’s set felt slightly lost on half the crowd. As for the amount of head banging and hair whipping that was going on, on stage felt that this set should have been for Willow Smith’s song ‘Whip my Hair’ and not the support act of an Enter Shikari gig !

Enter Shikari on the other hand had a fantastic and energetic set! As for the crowd, well that can only really be described with the word intense … very very intense with a number of sweaty mosh pits going on at the same time! They played a mixture of songs from their albums and did a beautiful rendition of their song ‘Constellations’ as it began to snow with confetti in the Roundhouse.

This was an incredible performance by the band and if you didn’t come out sweaty and bruised … well I’m honestly not quite sure what you were doing their then!