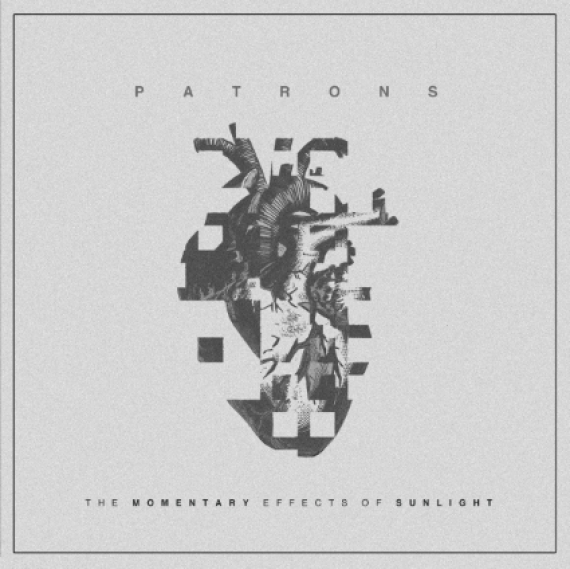 Alt- Punks Patrons are set to release their 2nd EP ‘The momentary Effects Of Sunlight’ on the 13th March 2015!

The Plymouth, UK based four piece formed in 2013 and was born from a long standing friendship and common love of the unconventional.

The band have always been inspired by the attitude of the DIY scene, Patrons deliver an honest and intense musical experience to anyone who is willing to listen to them. “Inclusive is the word, I think” says guitarist Mark Hoynes. “Anyone can come to a show or listen to our songs and enjoy it, it's not necessarily exclusive to age, what you wear or what you think, anyone is free to join in.”

March 2014 Patrons released their debut self titled EP via I Hate It Records, this was followed by tour dates in May and June.

The summer of 2014 saw the band back in the studio recording their second EP ‘The Momentary Effects Of Sunlight’. This is a four track EP scheduled for releases on the 13th March.

To accompany the release the band also has plans in motion for tours throughout the UK, Ireland and mainland Europe this year.

The new release was recorded at Middle farm Studio, Devon, UK and James Bragg recorded, mixed and was the master engineer.

‘The Momentary Effects Of Sunlight’ is a pretty damn special EP release and one you are going to want to hear this year! Patrons brought out a cracking EP last year and this one has taken a step up once more to show you what this band is really about and just want they are capable of! ‘The Momentary Effects Of Sunlight’ is a beautiful release with a strong sound throughout, whether it’s the aggression that grabs your attention from the get go or the bands ability to soften and simplify a song to bring about even more of the raw emotion.

There is also a story like manner to the lyrics and the melodies themselves that give these songs a more emotional sound but also one that you connect too.

So save the date, 13th March, this is an EP your ears are going to want to hear and this is a band you need in your life so just let if happen.

You can watch the teaser for the new EP here .

Last modified on Wednesday, 04 February 2015 15:00
Read 1277 times
Published in News & Reviews
Tagged under
Tweet
More in this category: « Ionia - Postcards From The Edge: Chapter 1. Delta 32 - EP - Review Marcus Brown Will Soon Be Releasing His Debut Album 'All The Ghosts Are Gone' »