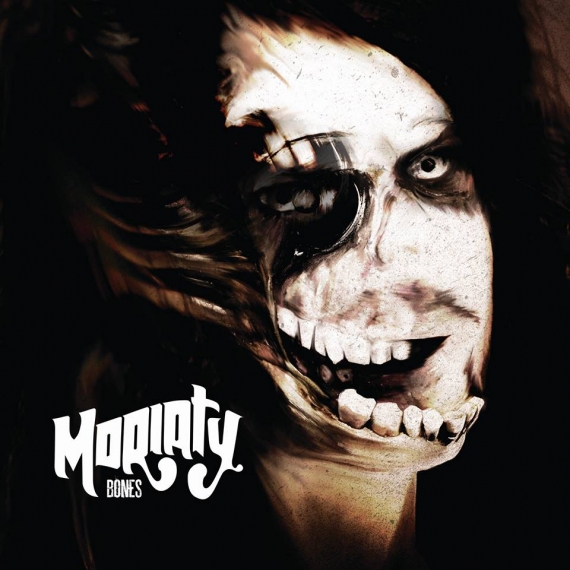 Moriaty’s are an indie blues duo,  2014 has been a big year for the band; at the beginning of the year they headed to the French Alps for a three week tour, playing to fans for four hours a day. The duo have also shared the stage with the likes of The Computers, as well as key performances at Lemonfest, Volksfest and Leopolloza. They also played a stint at this year’s Secret Cinema event for Back to the Future.

Moriaty’s have also been a featured artist on Huw Stephens’ Radio One show, after being hand picked by BBC Introducing’s James Santer.

At the end of 2014 the band released their single 'Jealous MF’ which you can watch here .

Moniaty releasd their new single ‘Bones’ on the 26th January, so we thought we would catch up with the band to chat about the new single and what they have planned for this year.

Can you introduce yourself and tell me a little bit about the band?

“I am Jordan. I play the guitar and do a bit of singing.  We are a two piece that make dirty, riffy, beeftastic little tunes.

“Hello I'm Matt I play drums do a bit of singing and generally talk rubbish throughout the day.”

You released your single ‘Jealous MF’ at the end of last year that went down very well with fans, what was the inspiration for the song?

“Big fan favourite is ‘Jealous’. Its kind of about that stupid moment in a relationship when your committed and don’t want to get your heart broken... so you get a bit paranoid over things that don’t really matter.”

You're now set to release your new single ‘Bones’ at the end of this month, can you tell me a little bit about the single?

“It’s more of a pop song than anything we have ever done before… and it has bass, which brings a different all round sound.”

We hear there is going to be a guest appearance in the new song, who is it?

“Its Chris Wolstenholme.  He produced the song and liked the track so much, when we discussed how to bring it to life a bit, he suggested putting bass on it.  We both looked at him and he sort of volunteered himself.”

Do you have any plans for touring the UK this year?

“We have a UK tour in Feb from Scotland down to Newquay. We're be playing a lot of new stuff on this tour and will have merch, so bring cash.”

“We're be releasing a series of singles across the year and possibly a few more collaborations, but generally playing shows and being beef.”

You can watch the video for their single ‘Bones’.

Moriaty will also be heading out on tour is February, see dates below: