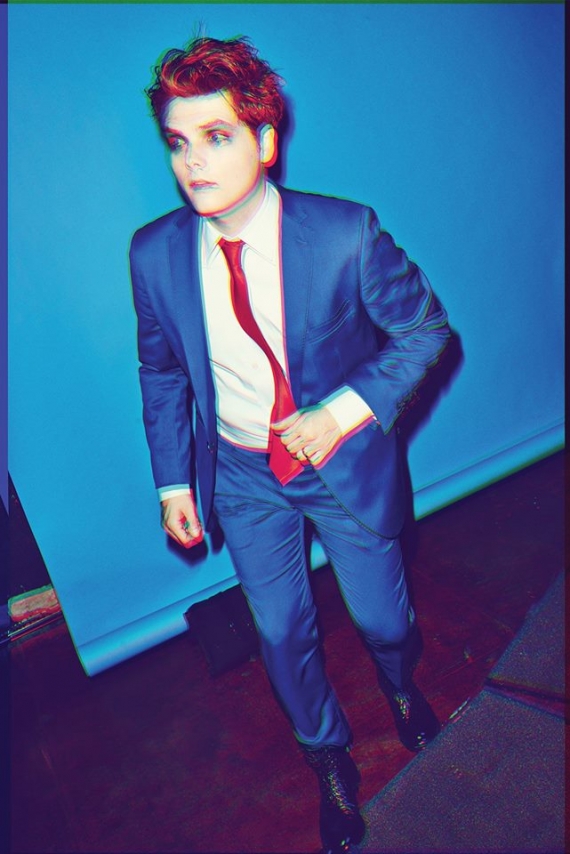 They had a great opening set featuring the singles they have released, as well as a few others songs, that at times have a huge landscape sound, as art style videos are projected on a screen behind them flowing well with the songs.

Tonight Gerard Way as always needed no introduction as he enters the stage for quite a show this evening. The ex – My Chemical Romance vocalist is joined by The Hormones, as his live band.

This was a flawless set from the frontman and one that couldn’t be faulted with great vocals and a charm and personality about him on stage. This is a man that knows how to command a stage and audience, but he also still has a down to earth air about him and you can see his smile beaming from ear to ear, as he continues throughout the gig to state that ‘This is fucking awesome!’ and to thank the fans for being here tonight and for all their support.

The set also features a few new songs to the excitement of the crowd. This was an energetic and excellent set from Gerard Way and one that won’t be forgotten by the fans!