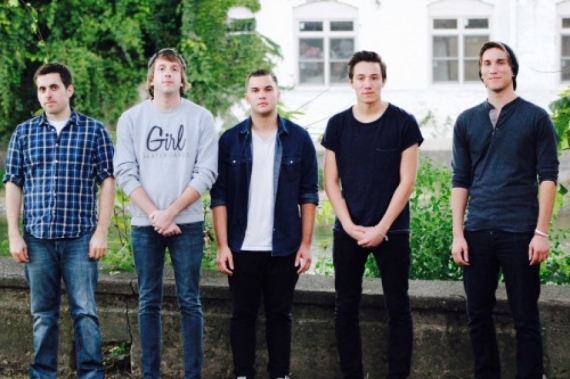 Chicago newcomers, Commonweather have recently released their self - titled debut EP. So we caught up with the band to find out a little more about them!

"I'm doing good! How about yourself?"

"I'm Justin and sing and play guitar in Commonweather. We're a 5-piece Alternative Rock band from Chicago, IL. We formed earlier this year."

So you just released your debut EP, what have the responses been like?

"The responses have been going really good so far. A lot of people are digging the sound and it's really exciting to see that. We wrote and recorded it over the past 6 months and are just happy to finally have it out and have people listening."

What is your favourite song and why?

"My favourite track would probably have to be 'The Albatross'. It was one of the first songs we wrote for the EP."

How did you come up with the name for the band?

"When we we're all trying to think of a name, I ended up coming across the song Common Weather by Citizen off of my iPod. The name sounded cool, so we ended up using it but putting the words together instead."

In no more than 140 character, why should people check out your band?

"If you like rock music with lyrics that you can truly relate to. We're not trying to be someone we're not, we're just honest."

What do you want to achieve as Commonweather?

"We just want to play shows and spread our music out to everyone who wants to listen."

Tell me one fact about the band that you don't think your fans would know?

"We all love to play Super Smash Bros and if anyone wants to challenge us, you should think again."

What does next year hold for the band?

"In 2015, we want to continue playing shows, release another EP, and tour by the summer."