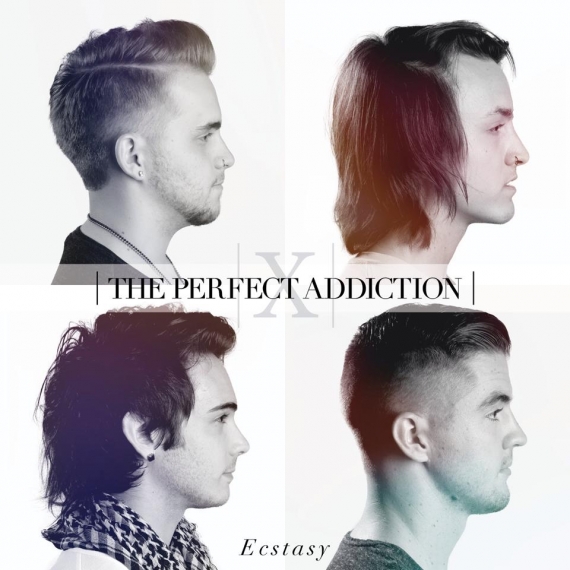 We chatted with Arizona pop – rocker’s, The Perfect Addiction to find out about their year last year including their EP and what they are planning for 2015!

“We are doing great! thank you, just gearing up for some shows and other events. Thank you for having us.”

“We are The Perfect Addiction, Kyle plays the guitar, Trevor plays bass, Justin's the drummer, and I, Sean, am the singer and guitarist. We started off as a two piece with just Kyle and I back in the day but then added a bassist and drummer to bring in some energy and dynamics to make the band we have now.”

What influences you both as a band and individuals?

“Primarily our passion for music influences us as musicians. But when it comes to our own personal lives we all have a little balance of family, friends, and the all around desire to be famous and live a fun life where we never have to truly grow up.”

You released your EP 'Ecstasy' earlier this year. How was as it received?

“People seemed to really enjoy it. We were a little nervous releasing it, because it is a much different sound than the previous release ‘Endless Horizon’. But, luckily once we released it people reacted really positively and liked it a lot.”

What do you think sets you apart from other bands in the scene?

“We all work together really well. Most bands in the scene have the one of two people who lead the band but we have done a really good job of sharing the load and doing our share when it comes to the labour and the hard work in the band.”

Now, you know how to write a pretty catchy song or two, what would you say are the three top ingredients for writing a catchy song?

“When it comes to writing music, you usually have to either make a song complex or catchy. Is very difficult to write a complex song that is catchy and so to keep it catchy it is prudent to keep the higher level stuff subtly in the background. It’s also important to have an arena worthy chorus that can be chanted as well as a lot of dynamic, rise and fall, to the song.”

As 2014 is drawing to a close, what has been the highlight of the year for you?

“This year was pretty rough on us due to our album being held up, but the highlight was definitely at our CD release show in Scottsdale, Arizona. It was nice to see all of the previous years worth of hard work come to a point where we could physically see the outcome and rewards of our efforts.”

“We plan to write and record more music for all of our fans. We are also hoping to start touring more in the next year so that we can reach more of our out of state fans. We have begun to outsource a lot of our behind the scenes work which makes it possible for us to put a lot more media out. We have a few surprises to release in the early months and you will hear more about those from our social media pages.”

What do you hope to achieve next year?

“Like we said, we would love to start touring and getting around more. Our ultimate goal is to get some sponsors and someone to help back us such as a management company or a label. Obviously we know that will come in time, but that is what we are looking for now.”

Do you have any new years resolutions this year?

“As a band we like to constantly be improving so its hard to say what we want to change in the new year, but if we had to pick one thing it would be to not let anything hold us back and just roll with the punches a lot better than we have in the past year.”

“This question is one of the most interesting ones we've had. So we have to leave it with a good answer. Determined, Fun, Crazy.”