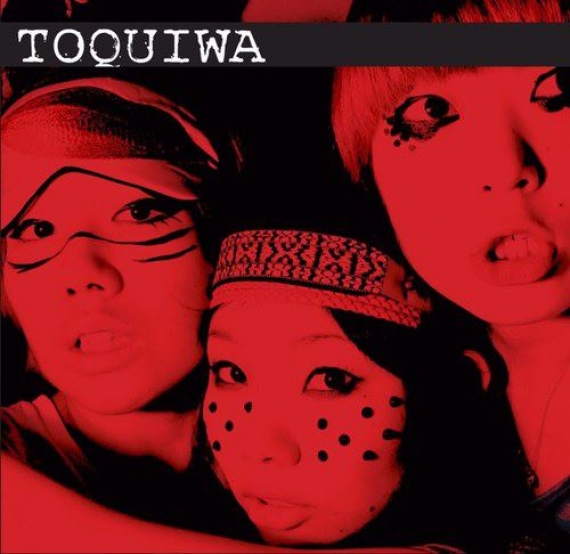 So this week I have something a little different for you!

TOQUIWA are a Japanese girl rock band from Tokyo.  They released their self-titled album this year as well as recently touring the UK with the 1990’s indie rockers ‘The Wedding Present.’ They were also the first band to be signed to the record label Scopitones that didn’t feature a member of ‘The Wedding Present’.

This is an 11 track album filled with great songs as well as a cover of The Wedding Present’s’ song ‘Kennedy’.

This album has both that classic rock feel, with a unique twist too, that just makes this band stand out.

This is a must listen to album! Whether you like this style or not it is worth a listen as it will open your eyes to new music and sounds.

The 3 tracks you should definitely listen to on the album are:
- Tokyo Merry – Go – Round
- Japanese Girl
- Roll The Dice

If you are looking for something new to listen to I ready suggest you get this album and you won’t regret it!