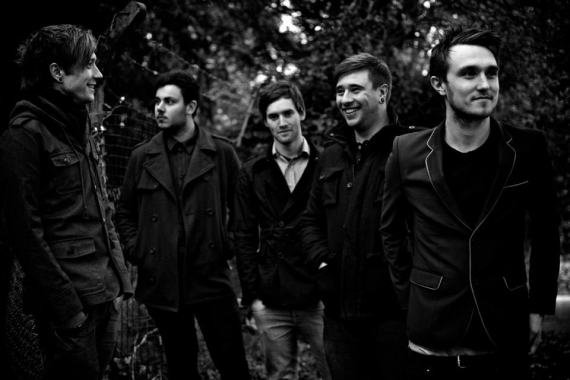 Mallory Knox's are on the road once more for their biggest headline tour yet.

And what could be more special for the band than a sold out London show, that will then be followed by a second London date that will finish off the tour.

South East based band, Fort Hope warmed up the crowd nicely with their rock sound. Playing a number of their well known songs including ‘Rapture’ they even played their brand new song called 'Tears'. Fort Hope were well received by the audience and finished their set with their first single 'Control'.

There was then a lot of excitement in the venue for ex – My Chemical Romance member Frank Lero who took to the stage next with his new band, Frniero And The Celebration. They had an energetic and raw set with their alterative rock style that differs a lot from that of My Chemical Romance and had a very different set from the others on the bill tonight that brought a very fresh sound.

Mallory Knox needed no introduction and they got straight into it! The tour is in support of their ‘Asymmetry’ album that was released on the 27th  October this year, which is the follow up to their 2013 release ‘Signals’ the album that really got the industries attention.

They played a number of songs from their new album like ‘Ghost In The Mirror’, ‘Shout At The Moon’ and ‘Waking Up’.

This was an energetic and passionate performance from the Cambridge lads as they threw themselves around the stage. Throughout the set front man Mikey Chapman continued to thank the fans for their support of the band.

It wouldn’t be a Mallory Knox’s gig unless they threw in a few tracks from their ‘Signals’ album or even their ‘Pilot’ EP. All of their songs going down a treat with the crowd tonight as they continue to jump, head bang and through their arms in the air.

The band said to dedicate the song ‘1949’ to your girlfriend, boyfriend, best friend or even the person you were checking out in the queue.

Mallory Knox finished the night off with their fan favourite song ‘Lighthouse’ this was the perfect ending to a brilliant set!