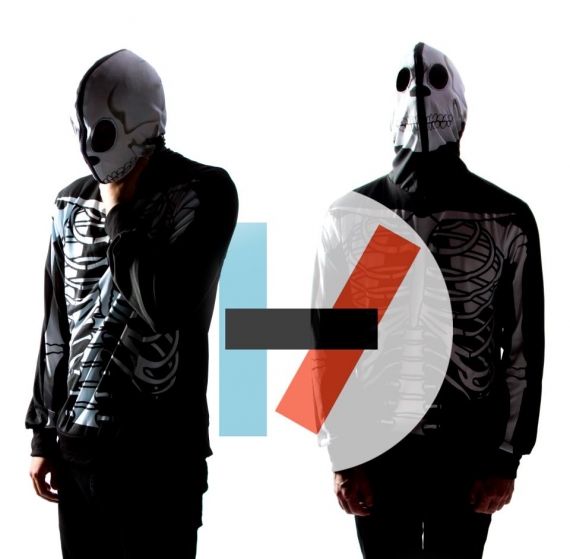 Twenty One Pilots are once again hitting the road in the UK, and their London show continues to get bigger every time, having played their first show at The Barfly to The Underworld and now a SOLD OUT show at Electric Brixton!

Essex lads Nothing But Thieves are on the bill tonight and they have a good set. They get the crowd on their side and had a fun performance. A definite highlight is the frontman vocals, this man has a range and a half!

Twenty One Pilots were introduce by a recorded host tonight that had lyrically inspired dialog as they went straight into their initiative and unique set!

A few songs into the set the duo froze and more dialog began finishing with "When the tricky tricky are taken away only skeleton bones remain" to which frontman Tyler Joseph fell to the floor.

Twenty One Pilots are definitely ones for putting on an energetic set as Tyler Joseph quite literally catapults himself across the stage!

A number of the songs saw one member or another standing in the crowd, and playing a drum kick on the crowd.

The band played a whole host of songs from their album ‘Vessel’ such as ‘Holding On To You’, ‘House Of Gold’ Semo Automatic’, ‘Migraine’ and ‘car Radio’. The album that put them on the map and was released in 2013.

As well as a few old ones for good measure, ‘such as ‘Fall Away’ even slipping in a cover of Lana Del Rey ‘Summertime Sadness’, which went down very well with the fans.

The duo ended the night with their hit ‘Car Radio’ in which the frontman ended up on the balcony and their song ‘Trees’ where Twenty One Pilots ended their show in their classic way of playing drums together on top of the crowd.

And that is exactly what a Twenty One Pilots show is about. It's not just a gig, it's an experience. As they bring out their personally in their songs and the raw emotion.

This was a very special night for the band and audience. But most importantly this is a band that you need to see at least once in your life. It's like no other gig.