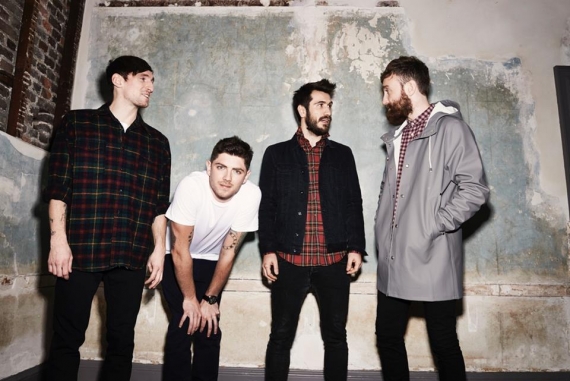 London is always a place to hit when touring the UK and the crowd is often known for its liveliness and let’s get involved attitude, however when London doesn't want to dance and sing along, it really means it and won't!

Sadly tonight Essex lads, Nothing But Thieves were on the other end of this. Although it was technically a solid performance both vocally and instrumentally, it fell slightly flat with the crown. It wasn't really until the fifth song that the band began to become somewhat energetic. However by the end they had a few heads boning along.

The Aberdeen based band, The Xcerts had a very warm welcome and got straight into it with a much more energetic set. Playing a number of older songs and a few new songs that are on their new album 'There Is Only You', that dropped today. This was a great performance and they ended it with a little sing along to 'Slackerpop'.

Just before headliners, Twin Atlantic took to the stage there was a mass theatrical sing along to Queen's 'Bohemian Rhapsody' because it's not a Twin Atlantic gig without it.

It was clear by the fans reactions that this was a band that had been missed, as this was the band’s first headlining tour in two years.

The band played a number of songs like 'Edit Me', 'Yes, I Was Drunk' and 'I Am An Animal' giving the fans a chance to hear a little of the old and new. Making it a fantastic set list.

And let's face it crowd sing alongs to ‘Free’, ‘Crash Land’  and 'Heart And Soul' never go a miss.

As this tour is in support of the new album 'Great Divide' that was released in August. Twin Atlantic ended the night on their two latest singles 'Brothers & Sisters' and 'Heart & Soul'. Frontman, Sam McTrusty thanked the audience for giving his band a chance and promised to be back sooner than this time round.

Twin Atlantic never fails to make their gig a memorable night as they performance with such passion and have such a way with connecting with the crowd!