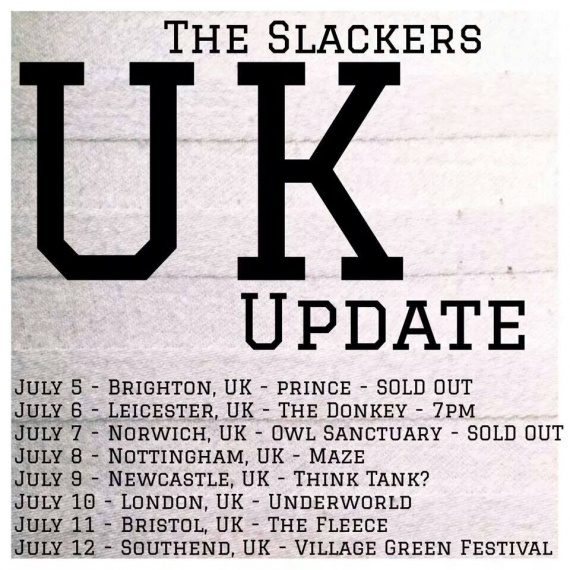 The Camden Underworld really brought it tonight with a whole host of ska and reggae vibes.

Colchester, Essex based band, New Town Kings was the only support of the night and with a performance like they had, no other act was needed. The New Town Kings quickly filled the dance floor, and had all types of dancing going on from the fan favourite bopping to twisting to skanking. Playing a number of songs from both their older releases as well as their new EP ‘Pull Up And Rewind’ that the band released this month.

This was a fun up beat set from the guys, with the note perfect performance.  This performance was by far the highest of the night.

Headlines, The Slackers also have an energetic set with their ska sound that once more had everyone dancing and singing. However, the set felt like there was something a little lacking compared to the support performance. The New York based band finished off the night by playing a number of request from audience, which to say the least went down very well with fans.