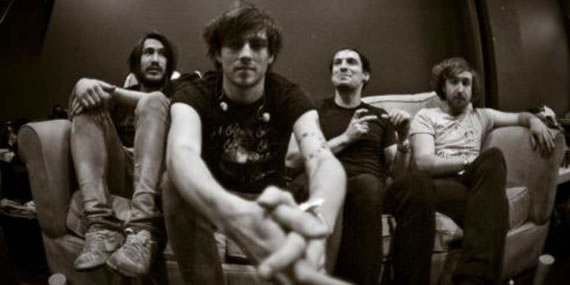 Tonight was London’s chance to see two of the most talked about UK bands under the same roof.

Lower Than Atlantis had what can only be describe as an incredible set playing some of their well-known songs like (Motor) Way of Life, Beech Like the Tree and Deadliest Catch. This got the crowd moving and moshing as if it was their headlining show. With a crowd reaction like this, where they were having there lyrics sung back at them loudly, especially when playing their slowest song ‘Another Sad Song.’ It's clear to see that it won’t be that long before LTA are headling their own show here.

Headliners Twin Atlantic took to the stage in a cool and calm fashion. As they blazed through their set, it’s understandable why they sold out a venue of this size. With their hard hitting, energetic songs which got the crowd jumping as soon as the first note was dropped.

Twin Atlantic also managed to slip two acoustic songs into their set, which went down a treat, especially the song ‘Crash Land’ which just about melted the hearts of everyone in the venue.

Along with two acoustic songs they also played the fans a brand new song, which has yet to be released and by the sounds of it, it will be a killer song too.

But tonight wasn’t just a special moment for the fans; it was also special for the band too, as they got to see just how far they had come over the past year, let alone since they first formed the band.

Judging by their performance tonight this is a band that is destined for great things.