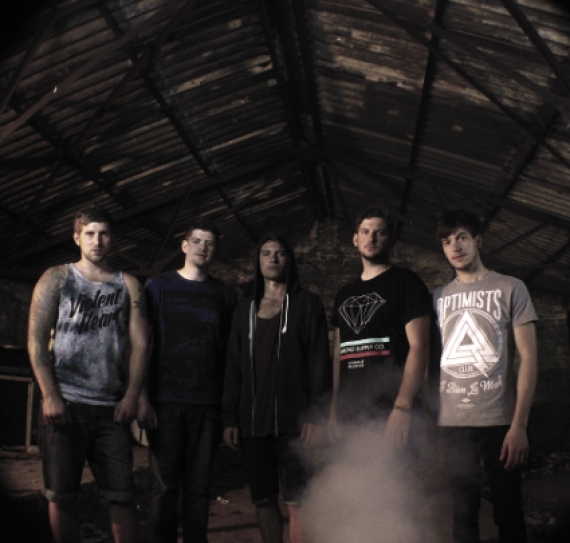 So I caught up with Atlases before the releases of their debut EP ‘Upbringing ‘to find out a little more about the band!

As a band what are your musical influences?

“Mostly heavy music as that’s what we write...but we get influences from loads of different things! It can be Heavy or chilled out, a movie soundtrack. It could be the way a song is structured or a distinctive sound it’s all influential mostly without even really being aware of it! Also watching bands we like, seeing how they perform and interact with the crowd and try and take influence and learn from that.”

Why should people listen to your music?

“If you want to hear what a cat stuck in a cat-flap sounds like.. You better have a listen!”

How do you think you differ from other bands?

“We didn't set out to invent something new or anything, we want to progress within the genre and take things forward into the next wave of Heavy music. We put our own twist on the music we write Atlases style!”

How are you feeling as the release of your new EP comes ever closer?

“Really excited! It’s been a long year for us... We wrote a lot of songs in a short space of time with the intention of releasing a full length album but some of it was going in a different direction and the 6 on the EP had an overall sound we were all happy with! It was a long process but I think the result is better for it!”

What can fans expect from the new release?

“It's our first release so I don't think there is any or much expectation as such I guess it’s a bit of an introduction to what we sound like.”

“WORLD DOMINATION! haha um... We want to play as much as possible to as many people as possible! The sky's the limit!”

Describe the band in three works

What does the rest of this year and next year hold for the band?

“Not a whole lot unfortunately... A gig here and there and some Christmas shopping I suppose! Early next year is being spent promoting our first release and then hopefully getting out on the road as much as possible.”