Light You Up - Interview 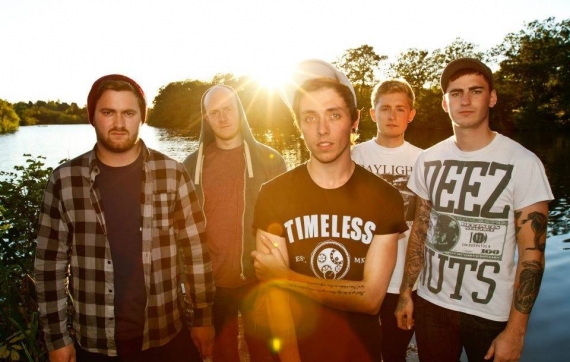 So I caught up with Light You Up to discuss all things Light you Up related and to find out a little more about their new album they have just finished recording!

What musical influences do you and the band have?

“Collectively our musical influences are very diverse, although we share a love for pop/punk and pop/rock; which is primarily what we all spent our teenage years listening to. I would say I get my music taste, for the most part, from my Dad. Growing up he got me into bands like Oasis and Radiohead. As well as more "underground" bands such as InMe and Finch. My favourite band are Deaf Havana, lyrically, they have it spot on.”

“Why should anyone listen to any music? I guess, when it boils down to it, we want to be your new favourite band. And that's not because we're interested in being "the latest trend", but because we write honest music and we want people to connect with our songs. We write because we have something to say, and if anyone can connect with that in even the slightest way then that is amazing.”

So you have just finished a tour with Chunk! No, Captain Chunk! How did it go?

“Tour was so much fun, as always. It helps that the guys in Chunk! and Climates are so great. We had a lot of fun together. The shows were great too. We had several people who had travelled crazy far across the country just to see us play which was very humbling. We played a whole bunch of new songs on the tour, which went down really well. It was cool to try out some of the new stuff and see how it works in a live environment.”

“Haha, there's probably quite a bit people don't know about us. The guys party hard and a lot but I would say I am THE least rock and roll guy in rock and roll. Whilst the guys are drinking all the beers, you can find me with a book.”

“Well it's kind of like a waiting game, at the moment. We have a lot of cool stuff in the pipeline that we're working on. Our debut album will be released next year so there's everything that comes with releasing an album that is keeping us busy. And tour. Lots more shows .”

“Well those are two very different questions. Ideally, they'll both be the same thing! If I'm hoping for stuff though, I hope to have sold a million records and to have at least won a Grammy. That may not particularly realistic though, but you've got to work for something right?! Haha!”

Not long ago you finished recording your debut full length album, can you give us any in site into the album?

“Yeah dude! California! Ahaha! That was a wicked experience! We recorded with Sam Pura at Panda studios. It was the first live-in recording we had done, and for the longest time. It was just six dudes hanging out for 3 weeks. Sam pushed us harder than anyone had done previously, but it definitely got the best out of us. A couple of the songs we ended up completely rearranging; there were times at 2am that I'd be still writing lyrics for new parts. I would love to work with Sam again in the future, he's fucking great at what he does.”

Does it have a releases date yet?

“Nothing is set in stone at the moment, but we are planning for a release early 2014.”

What can fans or new listeners expect from the new album?

“It's a definite progression from the EP. As well as still being very Light You Up, there are some darker songs on the record. Which was something very different for us, but I'm so happy with how they've turned out. There's a real nice acoustic track that I recorded the guitar for in a warehouse, it had this beautiful reverb and I was like "we have to do it in here!!!". There's some surprises on the album, too...”

Do you have any shows planned for the rest of the year?