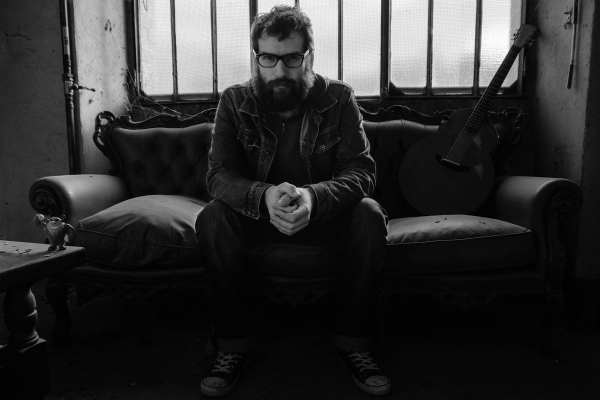 "We're just killing time before we die" is the stateside artists Forest Pookey latest EP. In a complete contrast to the release's sombre title, the EP is an absolute joy. This isn't to say that the contents of forests work are not sincere, emotions are laid bare but this cocktail of emotions becomes diluted with upbeat instrumentals finished with a generous wedge of inspired song-writing.

Providing an insight into his inspired recording process Forest says he "spent two weeks in a remote French location late January 2016, puzzling out ideas into songs'. The artist explains he went through a "mini depression from the cold and solitude", going weeks in absence of the Internet and a phone signal.

Both the overwhelming sensation of desolation and the inability to prevent the turning of time are the main lyrical drivers of the EP. "It´s about fully living in the present, enjoying life as much as possible. Being stuck in the past or running towards the future is a trap most of us are caught in. 'We´re just killing time before we die", says Forest, expanding on the inspiration behind this wonderfully constructed release and the significance the lyricism bears.

Opening track "Let's not think about tomorrow", demonstrates Forest's projection brilliantly across the chorus. With lyricism like, "let's make the best of what is left of our time", it's easy to see that mortality and its fragility are deep rooted in the release, going further than just the title.

The releases second track "Dance with me " is a departure from the expected. The song is delivered with an abundance of inventiveness and a playful overtone that makes becoming utterly captivated an inevitable reality. personally, it was the instrumentals that set this track apart. Warm chord progressions and hooky lines make this the most inviting listen on the EP and really allow Forest to steer well clear of the stereotypical sad guy with his guitar image.

Track three "Growing up" manages to intertwine a pop punk undertone whilst still maintaining forest's stripped back sound. With lyrics recalling fond memories of summers gone and with the guitars packing a little extra tone, I could help but think of bands like "the wonder years" and their acoustic ventures.

EP closer 'One in the morning" again is another change in musical orientation for the release. The song immediately offers up a sombre, reclusive and bluesy tone, again showing how the recording space can bleed through to artists work.

I think what makes "We're just killing time before we die" such an interesting listen is how forest manages to make each track feel abundant with rich instrumentation yet all the while Pookey upholds a fairly minimalist writing style, resulting in a tone that never becomes overbearing and making each track an hour say listen. Choosing to abide by the stripped back sound the artist manages to achieve these developed sound-scrapes by often using overlapping chants behind a chorus or adding variation to the strumming pattern.