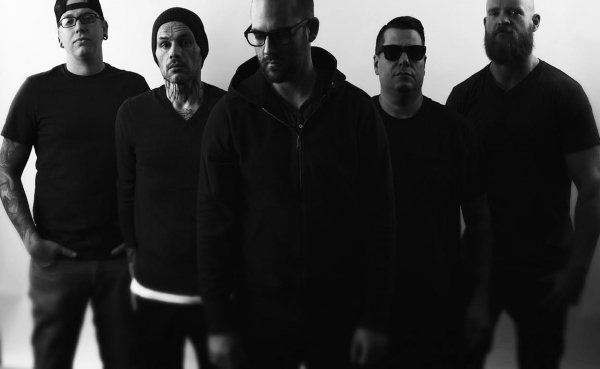 It’s rare that a band drops a debut release with the amount of polish and ambition that is seen across The Without’s new EP “Factions”. The Portland-based metal outfit describe themselves as a creative venture between five lifelong friends, but this isn’t the US rockers first rodeo sharing they had been fans of each other’s work for years before coming together as “The Without”.

When first kicking back and hitting play, the first thing that took me by surprise was how good this release sounds. I don’t mean how hard this thing rocks because we will sink our teeth into that soon, but rather how meaty and vibrant each note is. Vocalist Michael Draper described their time recording as a “rewarding process really putting our stuff under the microscope and discussing it at length, what we believed worked and didn’t work for each song.

Through the recording process, the band worked with friend Stephan Hawkes.  Having worked alongside the likes of “Atilla” and the legendary “Chelsea Grin”, after really pushing the group, “the without” managed to wrap up recording in a rapid five days.

The success and bite of the releases opener “Play Tricks”, is due to its aversion to over complicating the song and turning it into a cluttered mess. The vocal delivery is sharp and especially well pronounced, in a genre where aggressive vocals dominate apparently a bit of clarity is too much to hope for, but frontman Michael Draper absolutely nails his delivery not just here but across the entire EP.

The second track “Dead Gold” gives an especially menacing feel. Malevolent and gritty riffs churn the soundscape, with Joseph Graham giving a fantastic display of crushing percussion.  Sonically this is god damn heavy, screamed vocals explode into life over crushing instrumentals, this is definitely one for the pit. But just when you think you have the tempo in your head, a new beat or riff comes from nowhere and demands your attention.

“Two Wolves” is hardcore through and through, really bringing to mind artists like “Cancer Bats” and the here and now era “Architects”.  It’s the in your face, boldness this track presents that makes it really shine.  Gang vocals in the chorus and a slick guitar solo give it that extra bit of attitude. This may not seem that extraordinary on a release of this genre but every track on “Factions” carries their own personality, which really helps entice you into multiple listens.

Finally album closer “Rat Party” makes sure that this release is slamming the door on its way out and certainly not going unnoticed.  The track makes apparent some potential thrash and punk influences, as its full throttle all the way to the last note.

With “Factions” I came away realising it was an EP full of surprises. Perhaps this gives the impression I approach everything I listen to with an insurmountable level of scepticism but in the ways, newer artists could be faulted “the without” simply cannot. Even looking past the high production value, at its very heart this EP is superbly crafted, hooks never fail to draw you in, but you better be ready for the fistfuls of grit, attitude and passion these lads have so brilliantly encapsulated into their style.