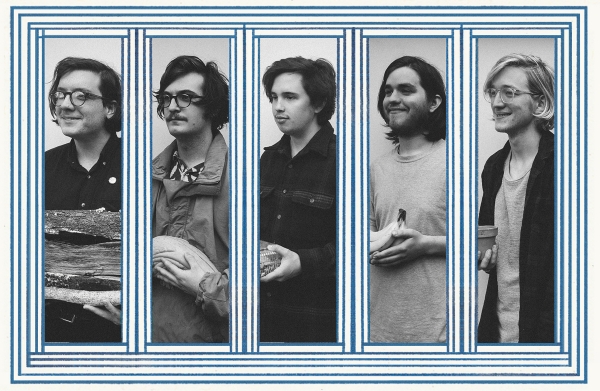 Following their debut album 'Hunca Munca' from 2015, 'Good Grief' provides strong insight on how the band has grown in sound and stature. Lead singer and lyricist Tiger Adams has a newfound voice and perspective, confronting aspects of the human struggle through music. Bundled up with catchy melodies, bright beats and talented performances all round, China Gate’s musical chemistry shines bright.The band has built a solid foundation as a respected Memphis-regular, and completed a regional tour this past winter with Boyscott, including an official 2017 SXSW show at Karma Lounge.

China Gate will celebrate with a record release show on Thursday 18th May at the Hi-Tone Cafe in Memphis (show details to come). The EP will be available in physical and digital format via Bandcamp, iTunes and Pizza Tape Records on 19th May.

Read 1611 times
Published in News & Reviews
Tweet
More in this category: « The Without Have Dropped Their Outstanding Debut EP 'Factions' The Without - Factions - EP - Review »