Catch Fire Have Revealed Details Of Their Forthcoming Sophomore EP ‘A Love That I Still Miss’. 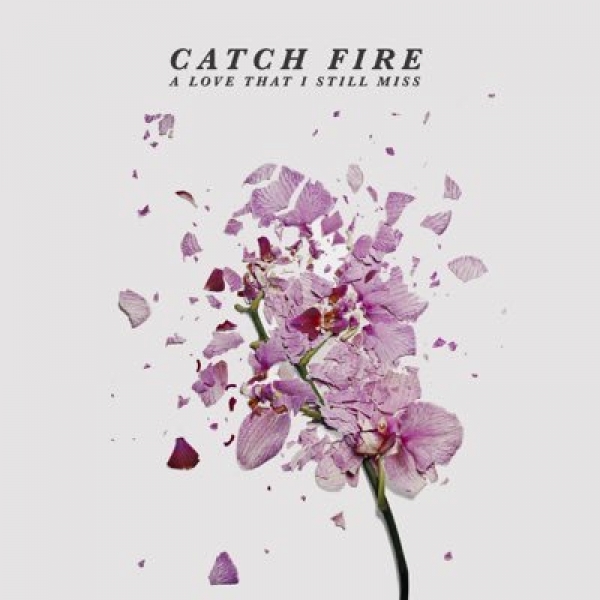 Nottingham Pop Punks Catch Fire have revealed details of their forthcoming sophomore EP ‘A Love That I Still Miss’.

The record is set for release on 24th March via Rude Records, vocalist Miles Kent discloses: “It is a collection of the most honest and heartfelt songs we’ve written.” With the title derived from track ‘Thin Ice’, Kent explains the artwork should ultimately be left open to interpretation for the most part, “but essentially, the shattered flower represents an individual and their perhaps undiscovered fragility.”

As an introduction to the record, the quartet have also revealed their latest single ‘Guilty As Charged’ here, with Kent declaring: “We didn’t want to reveal too much too early – nor give too little – “Guilty As Charged” bridges the gap between The Distance I Am From You and A Love That I Still Miss, and introduces you to what we’ve got to say this time around perfectly. The song’s meaning is quite bittersweet actually; it’s a song about feeling guilty for feeling happy, when that happiness is upsetting someone else. I’ve been afraid of doing things for myself for far too long, purely out of fear of upsetting somebody else, which has only held me back from doing the things I love in life, when this is the ONLY thing that matters, ever.”

Catch Fire, completed by guitarists Tim Bell and Neal Arkley, drummer Ash Wain and bassist Joseph Ryan Askew released their aforementioned debut EP ‘The Distance I Am From You’ via Rude Records in early 2016, after forming from the ashes of local heroes Layby. For A Love That I Still miss, the guys spent 3 weeks in the studio with Myroslav Borys of Jigsaw Audio, having found a good chemistry with the producer when recording December’s cover of Alessia Cara’s Wild Things. Wearing their hearts of their sleeves the band comment: “This EP is the best we have to offer. It’s a product of sleepless nights and restless days, spent spilling our thoughts and ideas onto a blank canvas. We just hope people like it.”

Last modified on Wednesday, 22 March 2017 16:31
Read 950 times
Published in News & Reviews
Tweet
More in this category: « Those Who Knew Are Set To Drop Their Debut EP ‘New Perspective’ Courage My Love Have Released Their Debut Full-Length »