Homebound - The Mould You Build Yourself Around - EP - Review 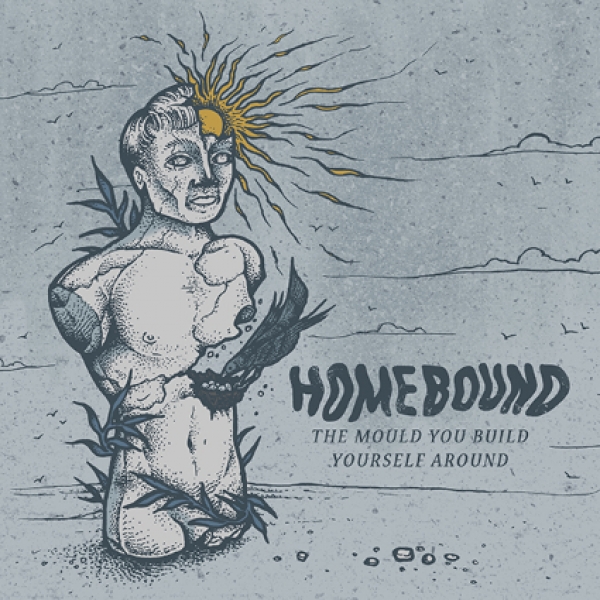 Farnham Pop Punk Quartet Homebound are set to release their third EP, ‘The Mould You Build Yourself Around’, will see release via Rude Records (Set It Off, Blood Youth, Less Than Jake) on 10th February 2017.

Discussing the choice of title, Vocalist Charlie Boughton reveals, “It is based on the idea that from choosing to be in a band and to pursue music, it has shaped my morals, what I value in life, my personality, the decisions I make whether serious or trivial, literally anything and everything… and ultimately made me who I am today.”

The band have released a video for their lead single ‘Headspace’. Boughton says of it’s meaning: “It’s very much how it sounds. After any sort of relationship break up, depending on what side of it you are on, there's always a period of turmoil in which you are battling with yourself and your tendency to overthink and replay scenarios in your head. I found writing the song to be somewhat therapeutic and an effective means in which to vent what I was feeling.”

The quartet, completed by guitarists Tom Mellon and Chris Wheatley and Joe Aspell-Beaumont on bass duties, reflect on the current crop of pop punk bands similarly trying to make their mark and how they fit in, or rather, are happy not to: “There are a lot of bands doing the same thing these days and as it's become more and more oversaturated, I find myself less and less inspired by it. I think every song on this EP offers something different. We'll always appeal to the mainstay of pop punk fans but I'd like to think we're so much more than that and hopefully people will see that with this release.” And what can we expect of TMYBYA? Boughton reveals “it's a more mature sound; definitely darker in areas. It's a lot closer to where we want to be as a band musically.”

Recorded once again with Seb Barlow (Neck Deep, As It Is, WSTR), the band recall: “He was the obvious choice for us. We both work in a similar way and he knows exactly what kind of band we want to be, which really helped us to get the best out of these songs. His production on this EP is his best to date and we couldn't be more stoked on the outcome.”Well-crafted throughout with bouncing melodies, driving drums, intricate guitar work and gritty lyrics, Homebound manage to deliver maturity, diversity and depth, whilst still retaining the fun that pop punk is known for. Boughton concludes: “I think I speak on behalf of each of us when I say that the rest of the boys are some of the hardest working and driven people we know. Without sounding too cliché, there's so much more to come from this band and we feel TMYBYA is just the start of it.”

Homebound continue to grow with every release and ‘The Mould You Build Yourself Around’ is no exception. The cracking release from the band is a high energy and impassioned record from the pop punk outfit.  With an angsty yet upbeat sound, it’s a record that deserves to be sang at the top of your lungs with your hands thrown in the air.

The band continues to showcase that not only can they write melodies and lyrics beyond their years but that they are also a force to be reckoned with.

So waste no time and get yourself a copy, this is going to be your summer anthem!