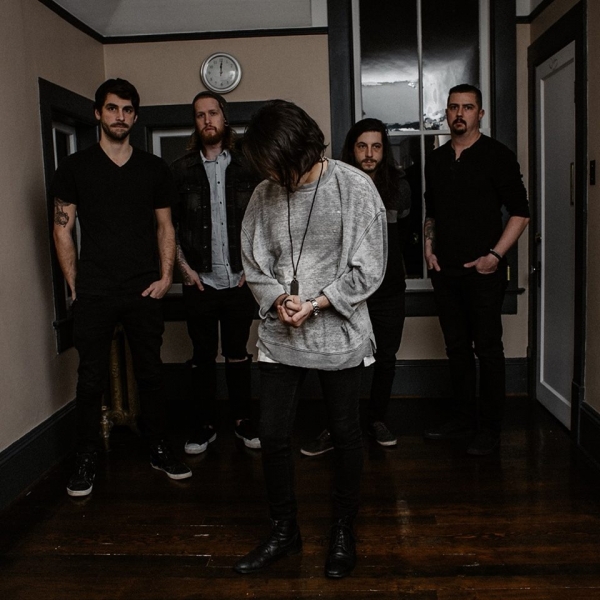 The five piece consisting of Leith Hynds (Vocals), Bradford Davis (Guitar), Damian Anthony (Guitar), Josh Christensen (Bass) and Skye Mclean (Drums) have released their debut LP ‘Eulogy’ that is dedicated to the memory of their late guitarist Chasen Fraser.  The album was produced by vocalist, Leith Hynds and also sees the return of producer Adam Sutherland and co – producer and engineer Ben Erikson, who both worked on the bands single ‘No Victory’.

The album tells the story of Chasen's life, growing up transgender and ultimately being diagnosed with Cancer at the age of 25. The remainder of the album is written from the perspective of the band as a reaction to their grief. The album is a collection of songs written in the last few months of Fraser's life with vocalist, Leith Hynds. The track 'Hospice' was written at Fraser's hospice residence at the Royal Jubilee hospital in Victoria BC. The remainder of the track's were written by the band upon his passing.

This record is the first addition of guitarist, Damian Anthony, and drummer Skye Mclean, who both performed on Vaultry's 2016 single: 'No Victory'. The album itself draws influence from the pop punk records that Chasen was nostalgic for in his youth, as well as the modern Post-Rock and Electronic sensibilities that vocalist/producer, Leith Hynds, is influenced by.

- A Letter To A Dead Friend

‘Eulogy’ is a strikingly, breathtaking release from the five piece, with the records melodic alternative sound. The band has created a record that conveys both a heavy biting side and a subtlety that added a dynastic edge to an already emotive release.

By far the stand out feature of this record is the raw and emotional lyrics that deserve to be sung out loud, with their heart on your sleeve style, this is very much an impassioned release.

‘Eulogy’ is a must listen to album this year! As Vautly are beginning something new to the table!