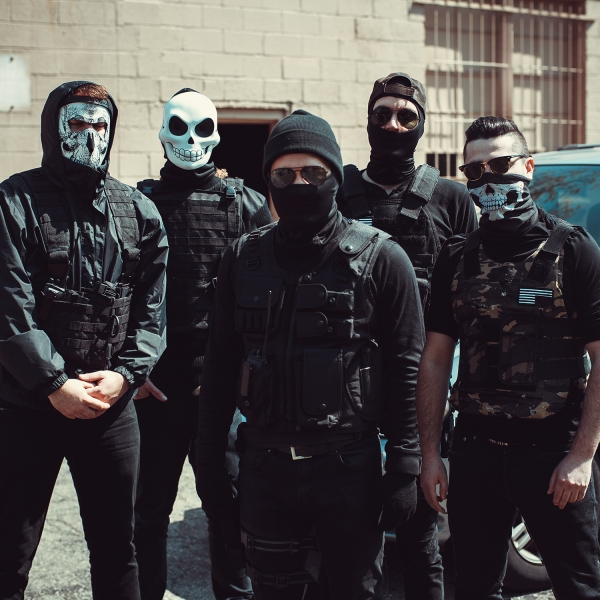 We caught up with Nine Shrines for a brief chat to find out more about their new single and upcoming EP.

Nine Shrines are a group of Ohio rockers that include members from past bands like Attack Attack! (Rise Records), Life on Repeat (Equal Vision Records), and Starset (Razor & Tie). The band are gearing up to release their debut EP titled "Misery" out on August 12. You can also watch the music video for King Of Mercy here .

You are about to release your new single 'King Of Mercy', can you tell me a little bit about the track?

"King of Mercy is about that feeling that comes when you bend over backwards to give everyone around you everything they want while you get nothing in return. This is a very personal song for us. Some people don't deserve forgiveness and this is the anthem of our retribution.

Why did you pick 'king Of Mercy' to be your new single?

We picked King of Mercy to be the single because we feel it sets the tone for the rest of EP.

You are gearing up to release your debut EP, what is the EP about as a whole?

The EP is about how fucking pissed off we are about everything. We hate the music business and we hate everyone around it. But we're doing it anyways.

The writing and recording process was complete chaos. We spent a combined 10 weeks to record 5 songs because we're a rock band and the only thing we're good at it is neglecting responsibility.

What can fans expect from your new music?

Fans can expect to develop the uncontrollable urge to fuck shit up when they hear our songs. Make no mistake.

Some of our influences include Slipknot, Three Days Grace, and Deftness.

Our singer, Chris, had a pet plant named Jeremy. He's already killed it because he's unfit to be responsible for anything, including himself.

We're most excited for our annual Roadkill Cookout.