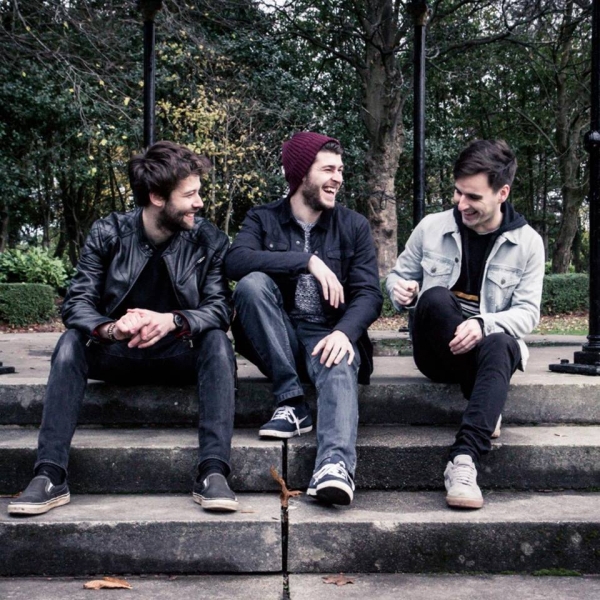 We caught up with Daydream Frenzy to chat about their new EP ‘Ocean Air’ is the follow up to 2015's album 'Pride & Wonder'. See what the band had to say about their new release, new single and what they have planned for this year.

You have recently released your new single 'Shout', can you tell me a little bit about the track?

“’Shout’ is more of a slower paced vibe to what we usually do. Lyrically it's about taking a stand for yourself, it's about not relying on anyone and making your own path so we wanted to give the chorus a big lift. It also works pretty well live which made us want to record it.”

How has the single been received so far?

“It has been received really well. We are really pleased with the airplay and general reception by people.”

Why did you pick 'Shout' as your newest single?

“We picked ‘Shout’ because it is a bit different to our usual recordings and it's quite a powerful statement. We just didn't want to do the same over and over. We wanted to make a very real statement.”

You are gearing up to release your new EP 'Ocean Air', can you tell me a little bit about the release?

“’Ocean Air’ is our latest release after our debut album.  The EP has three brand new songs, an acoustic version of shout and a remix of our last single so it's definitely varied. We have been crafting these songs for the past year and wanted to make it a solid release. The title came from just brainstorming in the studio - Hamish came up with the phrase Ocean Air and it just seemed right for these songs!”

What was the recording and writing process like for the EP?

“We recorded with Nick Scholey & Rob Mackie and took our time in making sure the songs sounded the best they can. We worked on a lot of pre-production.  It was really great working with those guys. They know making and recording music like no one else does!”

“A lot of things influenced this EP. In terms of bands the sounds of Don Broco, Lower Than Atlantis and Angels & Airwaves really shaped the sound. We wanted a full big sound on the EP.

“Astronomy is always a big part of the inspiration for us but for this EP in particular it was really about two things. Having the guts to make your own path & growing up. They probably sound quite cliché but lyrically those elements crop up a lot and were the inspiration for a lot of the lyrics.”

Do you have a favourite song on the EP if so, what song and why?

“I really like 'On My Own'- it's a bit different and tells the story of summer nights with friends and letting go of all negativity during that time. I like listening to that song because every line was a story of growing up and the delay driven chorus is great fun to play too!”

What can fans expect from your new release?

“They can expect 3 brand new songs, All a bit different but still us so to speak.

A totally stripped down version of ‘Shout’- Literally just an acoustic guitar and some backing strings and also a brand new thing for us which is our first remix (by Fonik) for our single ‘Pride & Wonder’ from our debut album which was released last year. We can't wait to get the whole thing out to people.”

“Collectively as a band we once handed over our EP to Tom DeLonge!”

“We really can't wait to get back on tour and also play our hometown EP Launch on June 4th in Aberdeen!”

“They can catch us on

and also catch us on all digital music sites!”