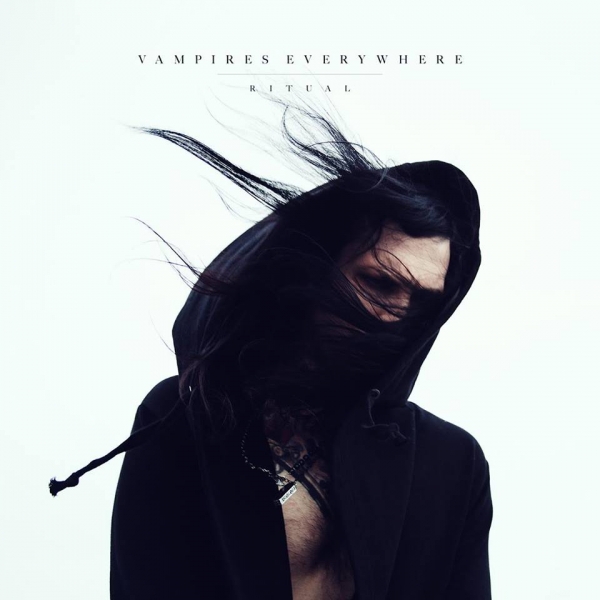 We caught up with Vampires Everywhere’s lead guitarist Matti Hoffman to chat about their new album ‘Ritual’!

You are about to release your new album 'Ritual' can you tell me a little bit about the release?

“'Ritual' is definitely an evolution from our previous release. We focused a lot more on writing good catchy songs and singing opposed to breakdowns and screaming. I feel this is our most mature album to date. “

“Matt Good from From First to Last produced the album and it was mixed/mastered by David Bendeth. Matt has an endless abundance of great ideas, hooks, and song concepts so the album came together very smoothly. Good vibes and everyone involved love the songs. Definitely enjoy working with Matt, he's a musical genius and a great person and friend.”

Do you have a favourite track from the album if so, what one is it and why?

“For me it's a tie between 'Violent World' and 'Ghost Inside my Head'. The first time I heard 'Violent World' it sounded like it belonged on the radio. Extremely catchy yet still dark/industrial and very rock n' roll with nods towards NIN and AC/DC. Definitely fun to play live as well. 'Ghost inside my Head' is a completely different musical venture for us. Very fast and poppy while still keeping some punk roots. Almost reminiscent of MCR, lots of hooks and addictive vocal melodies.”

You have recently released your new single 'Perfect Lie' how has it gone down with fans?

“Everyone that's heard the song absolutely loves it. Definitely another one that could be on the radio. People say they hear some Manson, Rob Zombie, and even some Michael Jackson influences while staying modern and unique to Vampires Everywhere, which is awesome to hear and quite a compliment.”

What can fans expect from the new album?

“Less breakdowns and screaming. Like I said earlier this album feels a lot more mature and we really focused on just writing really good catchy songs.”

What do you think has been your biggest achievement in your career so far?

What do you think sets you apart from other bands and artist on the scene right now?

“We definitely are just focusing on creating great songs that will stand the test of time and transcend trends.”

Apart from your new album release what does 2016 hold for you?

“Some cool tours and a couple new music videos we're very excited about. Lots of other cool stuff we can't announce yet!”