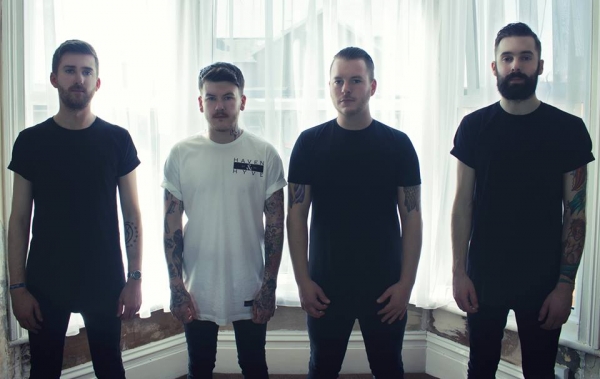 We caught up with post-hardcore band, Dead Winter to find out a little more about their new single and to chat all things new record released.

You have just released your new single 'My Only Home' can you tell me a little bit about the track?

“This track, comes from how everyone in the band feels about the band and music. We all have boring day jobs to fund the band and when we actually have the chance to create new music and play shows, that's when we all feel comfortable and at home.”

What made you pick it as your new release?

“We decided this should be the first single as we all thought this showed the new sound and direction the band was taking. It's one of the faster songs on the album, with a big chorus but still maintains the heavier side of the band.”

You are also set to release your debut record 'My Only Home' , can you tell me a little bit about the release?

“Our debut album is ten tracks long and has a theme which follows our ideas behind our debut single of the same name. The theme is then shown in the first music video, album artwork and photos we've done. I'm sure it’s a theme that people can relate to, having something as an escape and where they feel at home and that's how we see the band.”

What can fans expect from the new album?

“The main thing is we had much more opportunity with a full-length record to show off everything we can do, so there are some much more chilled tracks and some proper heavy stuff that is going to be insane live. We're extremely proud of what we've written and created and can't wait to get it released.”

What and who has influenced your sound and style?

“Our sound and style has been influenced by bands like BMTH, Bury Tomorrow and A Day to Remember. We all love watching bands live and are all just huge fans of music and that always motivates and influences the band to keep progressing.”

“On the way to the band's first ever show, we were involved in a car accident which ultimately meant we couldn't play the show. We can be extremely unlucky at times.”

“We can't wait for people to finally hear out debut album, its taken us a while to get to this stage. But we've worked hard and stayed patient and can't wait to show the people that support us what we've been working on. We also can't wait to get out and tour and play shows anywhere that will have us.”