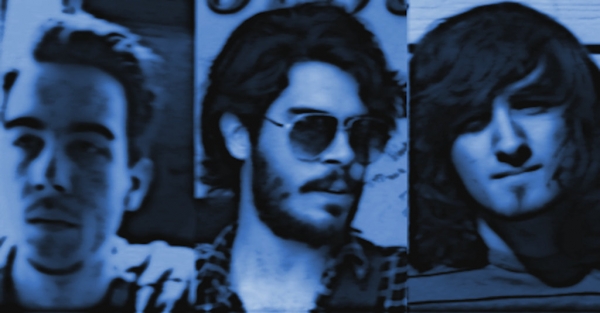 We caught up with drummer, Andrew McCarty of The Soft Underground’s to chat about their debut album ‘Lost In Translation’ that they released in recent months.

You have released your debut album 'Lost In Translation' can you tell me a little bit about the release?

“It's a pretty straightforward rock record with a few qualities that separate it from other recent rock albums. We didn't want the songs to sound too typical, or the production to be too slick. At the same time, we didn't want it to sound like it was recording in a garage, so we had to find some sort of balance between the two.”

What was the recording and writing process like for the album?

|Some of the songs were written years ago, while others were written right before we began recording. When it came to the writing, most of the songs were already completed by either myself or Charlie, but occasionally we'll write together. Charlie and I wrote the lyrics because at the time we were between singers, and Brannon joined the band towards the end of the sessions when the songs were already written. As a result of the singer transition, the recording process was pretty slow and it took a little over a year to complete the album. The recording itself went smoothly because we've been playing those songs for so long.”

What and who has influenced your sound and style on the record?

“We were mainly influenced by a lot of 90s bands like Stone Temple Pilots, Smashing Pumpkins, and The Afghan Whigs, along with shoegaze groups like My Bloody Valentine, Ride, and Slowdive. We're also really into bands like Deftones, Silverchair, and Queens of the Stone Age, but their influences weren't as prevalent on this particular album. Our future recordings will probably reflect more of our other influences.”

Do you have a favourite song on the record if so, what song and why?

“My favourite song is probably ‘Why Can't I Sleep?’. I think it captures the feeling of what the band is about more than any other song on the record. It's actually the first song that we ever wrote together. Most of the early songs of the band were really long, spacey sounding jams that stretched out to seven minutes, so this song being one of the longer ones on the album reminds me a lot of the early days of the band.”

What do you want to achieve with your debut release?

“We just want to reach as many ears as possible. It's cool that so many people from around the world are able to hear our music. We want to build a dedicated fanbase because we plan on making many records to come and it'd be nice to have people there to see how they receive them.”

“The first song we ever jammed on together was "Hummer" by Smashing Pumpkins. I use to practice drums by playing along to the whole Siamese Dream album for months before starting the band, and when Charlie and I first played that song, I wasn't sure if he knew the entire structure, but he did and we ended up playing the entire six minutes plus. I knew that I had to be in a band with him at that moment.”

“We're really looking forward to beginning work on our next record. We're actually going to begin some acoustic recording in a week or so in New Jersey, and then really get started on the record in August. We'll be returning to American Recording Studio in Memphis to do the bulk of the recording. I'm really proud of the new songs that we've written and can't wait to start putting them to tape.”