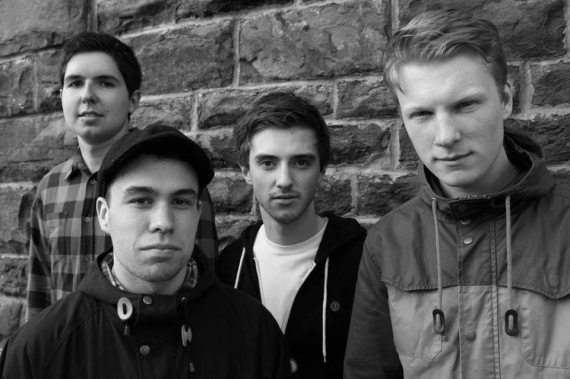 So I have a brand new band and debut single for all you lovely lot today … how about that?

‘Protest Songs & Singalongs’ is brilliant debut single from Friendly Thieves, the vocals and the song itself has a very individual feel and sound to it that adds to the whole song and listening experience.  It’s definitely a sing-along song too! It’s an up-tempo song from beginning to end. With a great debut track like this, I am very excited to see what else comes from the band!

With their debut single out, I cough up with the singer Ryan March.

Why should people check out your band?

“Because we're fresh and passionate with an old-school punk twist.”

“We are all big fans of Atomic Kitten.”

Who where your influences both as a band and individuals?

“Speaking for myself (Ryan), I've been influenced musically by original punk bands like The Clash and The Undertones and more recent bands such as Against Me and Green Day. Lyrically, all my words are inspired by real life situations and real people, stuff that matter to people I guess.”

“Easy for me, America. Would be an absolute dream come true to travel across America playing our music to people.”

“To be the best we possibly can be and do it honestly, while having the best times of our lives.”

Are you planning on touring anytime soon?

“Nothing planned at the moment, but we're open to offers!”

You can check out the single here at http://www.youtube.com/watch?v=ftKLVKEgN5Q&feature=youtu. be and be sure to like the band on Facebook too www.facebook.com/friendlythieves !