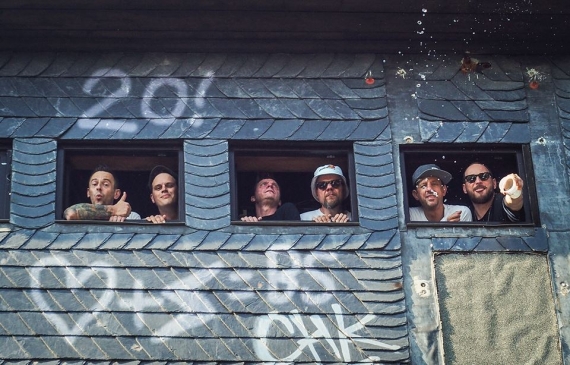 In celebration of Beatsteaks 20 years together the band will be releasing their best of album entitled "23 Singles' that will feature 21 of their hit songs, as well as, two new songs.

Along with this the band have headed out on tour, which includes a date at KOKO as the finial night of the tour.

Manchester based band, Sonic Boom Six were the first and only support act of the night.

However, sadly tonight their set left a lot to be desired with their mix of ska, rock and dance. Which didn't draw much of a reaction from the crowd. Sonic Boom Six's set finished with ‘For The Kids Of The Multiculture’ that was the best song of their set!

As soon as Beatsteaks hit the stage the crowd came to life and the band played a fan favourite set of new and old songs including their new single 'Ticket'. The band even fitted in a cover of the Beastie Boys, ‘Sabotage'.

This was an excellent set from the band filled with energy that made for quite the fun party celebration, as well as, one that showed just what talented performers they are.

This was a gig not be missed filled with sing along, streamers flying throw the air and underlying grooves you just can't help but dance to. This is a band that brings a number of genres together with their guitar driven sound to make something of their own!