Young Guns featuring Nothing But Thieves - 8th May - Scala, London 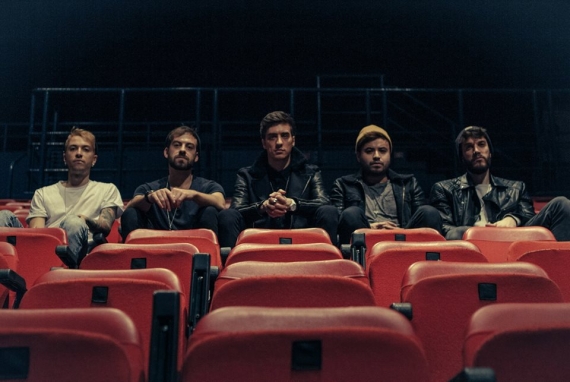 Young Guns are touring back in the UK again for the first time in a while and with it being, the release date of their new album ‘Ones And Zeros’ too, it only seemed fitting that it would be a sold out London show as well!

Dead! opened the show tonight and they were followed by Essex based band Nothing But Thieves.

Nothing But Thieves had a great set with their sound that has elements of classic rock to blues, with an underlining grove to it.

This was a set that showed off the bands talents very well and with on point vocals, it made for quite a set.

It wasn’t until Young Guns came on the stage that the venue real light up tonight, as Young Guns went straight into ‘I Want Out’, which was followed by ‘Dearly Departed’.

This was a fantastic set from the band, who are known for putting on quite a live show and they didn’t disappoint the crowd tonight, as the audience danced and sang their way through the night. In fact from the first song there were major sing – alongs tonight that had clearly been building in the fans lungs,  since the bands last headlining UK tour in 2013.

Young Guns went on to play a set any fan would love, featuring songs like, ‘Crystal Clear’, ‘After The War’, ‘Stitches’, ‘Brother In Arms’, ‘Weight Of The World’, ‘You Are Not’ and ‘Bones’. Not to mention they played a number of new tracks too, such as ‘Infinity’, ‘Daylight’ and ‘Speaking In Tongues’.

This was a set where the fans seemed to love the new songs just as much as the old.

Young Guns are a band that knows how to command a stage and write brilliant songs. This was a set not to be missed!